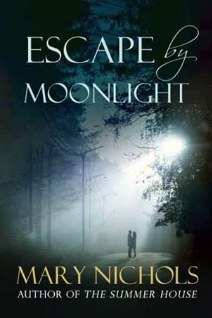 As usual Allison and Busby have given me a lovely cover. It is so atmospheric and perfectly reflects the story of danger and intrigue during World War II when ordinary people found themselves in extraordinary situations. I like writing about the Second World War and it amuses me to think that is it now considered history because it happened in my lifetime. And like everyone who spent their formative years during those six years, it made an indelible impression on me. It is a fund of good plots.

This is the story of two girls, Elizabeth de Lacey and Lucy Storey, both from the Norfolk village of Nayton, the one wealthy and privileged, the other the daughter of the local stationmaster, poles apart but linked by war.
Elizabeth is holidaying with her maternal grandparents in Haute Savoie in 1939 when war breaks out. Along with her aunt, Justine, she becomes involved with the French Resistance helping allied airmen and escaped prisoners of war over the Swiss border, which becomes more and more risky as Germany takes over the whole of France. Lizzie's life is one of secrets, betrayal and danger culminating in a fierce battle between the resistance fighters hiding in the mountains and the Germans determined to wipe them out. The death of a cousin, the demise of her grandparents and falling in love with Roger, an SOE agent, add to her anxieties. They are in terrible danger and the only way to save them is to fetch them home to England. But that is not as easy as it sounds.
In England, Lucy works for her bullying father at the Nayton railway station. She secretly loves Jack de Lacey, Elizabeth's half brother, but she knows he is way above her socially and in every other way, but when he saves her from being raped, their friendship deepens into love. But there is class prejudice and a mystery surrounding Lucy's past to overcome. It takes Jack's other sister, Amy, an inquisitive evacuee living with the de Laceys, a German bomb and an explosion on the railway line to bring everything to a head in Lucy's world.