The idea for The Favourite Child came about quite by accident. I was working on my novel in which one of my characters needed guidance on contraception, worrying how to stop yet another baby coming. I was telling Ursula, a writer friend of how I’d discovered in my research that there had been a Mothers’ Clinic over a pie shop in Salford in the twenties. 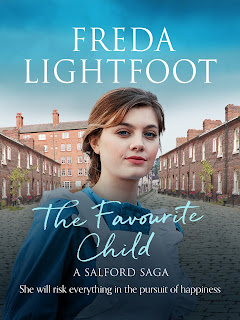 So began my mission to write this gift of a story. Ursula’s mother was Charis Frankenburg, and unlike my heroine, Isabella Ashton, she was a qualified nurse who had served in France during WWI. But on her move to Salford after her marriage she was horrified to discover the lack of medical help for working women on how to stop the annual pregnancy. They suffered all manner of ills as a result, or committed horrific practices in order to rid themselves of what had often become a life-threatening event.

Charis Frankenburg immediately got in touch with Marie Stopes. After obtaining a doctorate in botany from the University of Munich in 1904, Marie Stopes taught at the University of Manchester and was very much a woman of strength, charm and courage. She saw birth control as an aid to marriage and would save women from the physical strain of excessive childbearing. In 1910 she was back in London, having grown tired of Manchester. But she had apparently been most helpful for Charis, who also had the help of a local politician Mary Stocks, and she set about the task of providing a clinic.

The two women were subject to considerable vilification as contraception was seen as a way for women to ‘prostitute their marriage vows’. They endured bricks thrown through their windows, defamatory reports in the press, and stern lectures from the pulpit issuing severe threats to any woman who dared attend this den of iniquity. Of course, the very opposite of the Church’s intentions was the result. The more the vicar or priest insisted women not attend, the longer the queues were outside the pie shop. ‘How did you hear about us?’ Charis would ask. ‘Oh, we heard about it in church,’ came the answer.

The resulting furore was even worse than that experienced 40 years later with the introduction of the pill. Not until 1930 was birth control advice even grudgingly available at the antenatal, and mothers’ welfare clinics under the control of the Minister of Health.

For anyone interested in learning more about this amazing lady, I would highly recommend they read her autobiography, Not Old, Madam, Vintage, available in the Salford library. It sheds as much light on a remarkable woman as on the noble and worthwhile enterprise she helped found.

The clinic depicted in The Favourite Child is based on the work done by these fine women, and attempts to be true to their aims. But the characters are entirely fictitious. Salford is as real as I can make it. I have dedicated the book to the memory of all the women who were pioneers in the work of birth control and improvements in women’s health care.

To my delight, when this book was first published it was a bestseller and also received good reviews. It has been on Amazon as an ebook for years and always done well.

Isabella Ashton has always been her father’s favourite, but when she gets involved with the new Birth Control Movement, he is scandalised. A decade has elapsed since the end of the Great War and running a family planning clinic in Salford is challenging but rewarding work. Bella is grateful for the help of Violet Howarth, a generous-hearted woman who takes her in off the street. Before long, a friendship with Violet’s son, Dan, blossoms into the beginnings of love.

But Bella also crosses paths with handsome ne’er-do-well Billy Quinn, leader of an illegal betting ring, and everything she has worked for is suddenly put at risk. This is a bewitching tale of drama, jealousy and the fight for women's rights, perfect for fans of Dilly Court and Nadine Dorries.

Praise for The Favourite Child
‘Compelling and fascinating’ Middlesborough Evening Gazette ‘
A revelation in telling us what it was like before women had rights’ 5* Reader review
‘One of those books that you can’t put down, loved it’ 5* Reader review ‘

Now to be published by Canelo 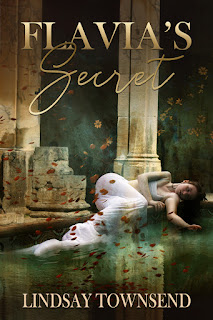 Posted by Lindsay Townsend at 11:11 No comments:

Be Seduced By London Vampires For Just 0.99 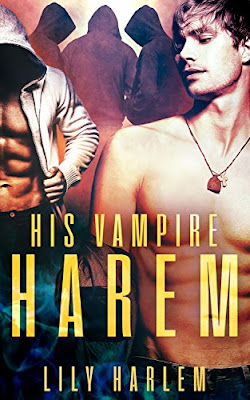 That's right, for a few days only you can grab a copy of my popular gay paranormal novel (set in the beautiful city of London) HIS VAMPIRE HAREM for the bargain price of just 0.99 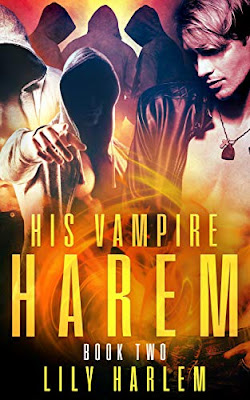