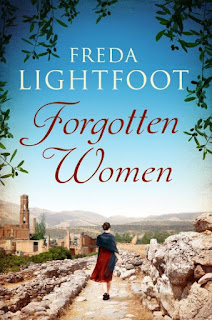 Characters for historical fiction are created in the same way as for any other genre, i.e: with a major characteristic or trait, but must be made relevant and connected to the period in which they live. Don’t judge the past by modern standards. Balance your characters with good points and a flaw, which could lead to them making them a mistake about their decision in life and for which the reader will feel sympathy or admiration for them. Always remember the historical mindset. To make characters believable, they must act as if they are contemporary to that time and place. For instance, they might not know that a war is looming even if the reader does. Anything they are planning might have a poignant threat of hope and interest but possible devastation to it. So long as their motivation is clear and the world in which they exist is a living breathing place, the reader will accept attitudes and actions they never would in their own. It helps to read contemporary novels of the period if you can, to get the feel of behaviour, problems and concerns, attitude and speech. And you naturally have to put words into their mouths, so carefully check the language of that period.

Some characters of the less salubrious kind if it’s a gritty historical, could be guilty of prejudice, prostitution, cruelty or whatever, for which the reader will feel no respect. We live in a world with certain demands of political correctness and moral requirements. Our society disapproves of prejudice and bigots, racialism, chauvinism, sexism, provincialism. Remember your characters are people of their own times who may accept some of these issues. You must allow them to act according to their own standards, not yours. Don’t pass judgment on them by making excuses or being dismissive. Don’t apologize for their mistakes and don’t attempt to make them all into free thinkers who are ahead of their times. You have to be able to see the story from their perspective, even if it offends you. And if they are more of a villain to a mistaken hero, they’ll pay the cost for their dreadful behaviour. 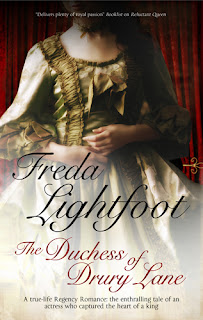 Should you use real historical figures? A novel about a famous historical figure may feel quite exciting and good to write. However, can the facts of their life be changed and fiction added? Can you have a woman marry if in reality she actually remained single or was captured and threatened? Could your hero live in Scotland when he never left London? Are you free to change these characters and the way they lived, simply because they are dead? It is essential that you make it plain that you are adding fiction to the story of your chosen historical figure. You’re saying - What if she was able to free herself/marry/live elsewhere, survive, or whatever. Wouldn’t that have been better for her? Sometimes you are short of knowledge and have to guess what she did and why, so make that clear too. The concern is, do these historical people or their descendants still have rights? In theory they do, but if it suits the story you are writing to give them a safer or more interesting life, make sure that you do it well. Do it badly and the critics will slay you as being inaccurate, sloppy & anachronistic.

A less well known figure may seem easier to write about but not as interesting. But using real historic figures can be difficult and inflexible, making you feel constrained by the facts and details you can’t find an answer to. Readers too have their own perception of these real historical figures, sometimes wrong ones. If you feel it might be a problem to develop them in a way to suit your story, it could be much more fun to be imaginative and create your own historical figures. You could instead use genuine ones as secondary characters. In the end there are no set rules. It’s up to you.