The Novice is FREE! 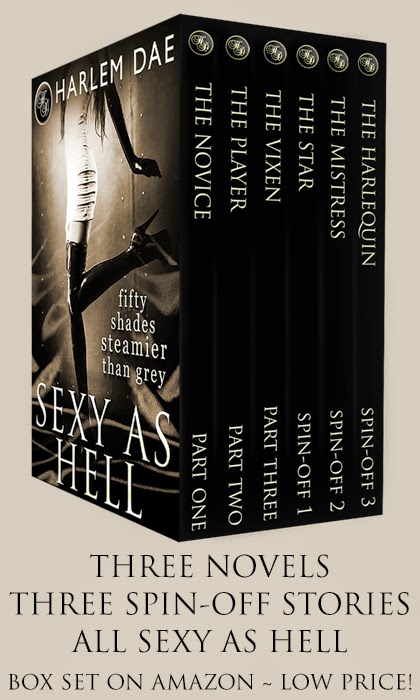 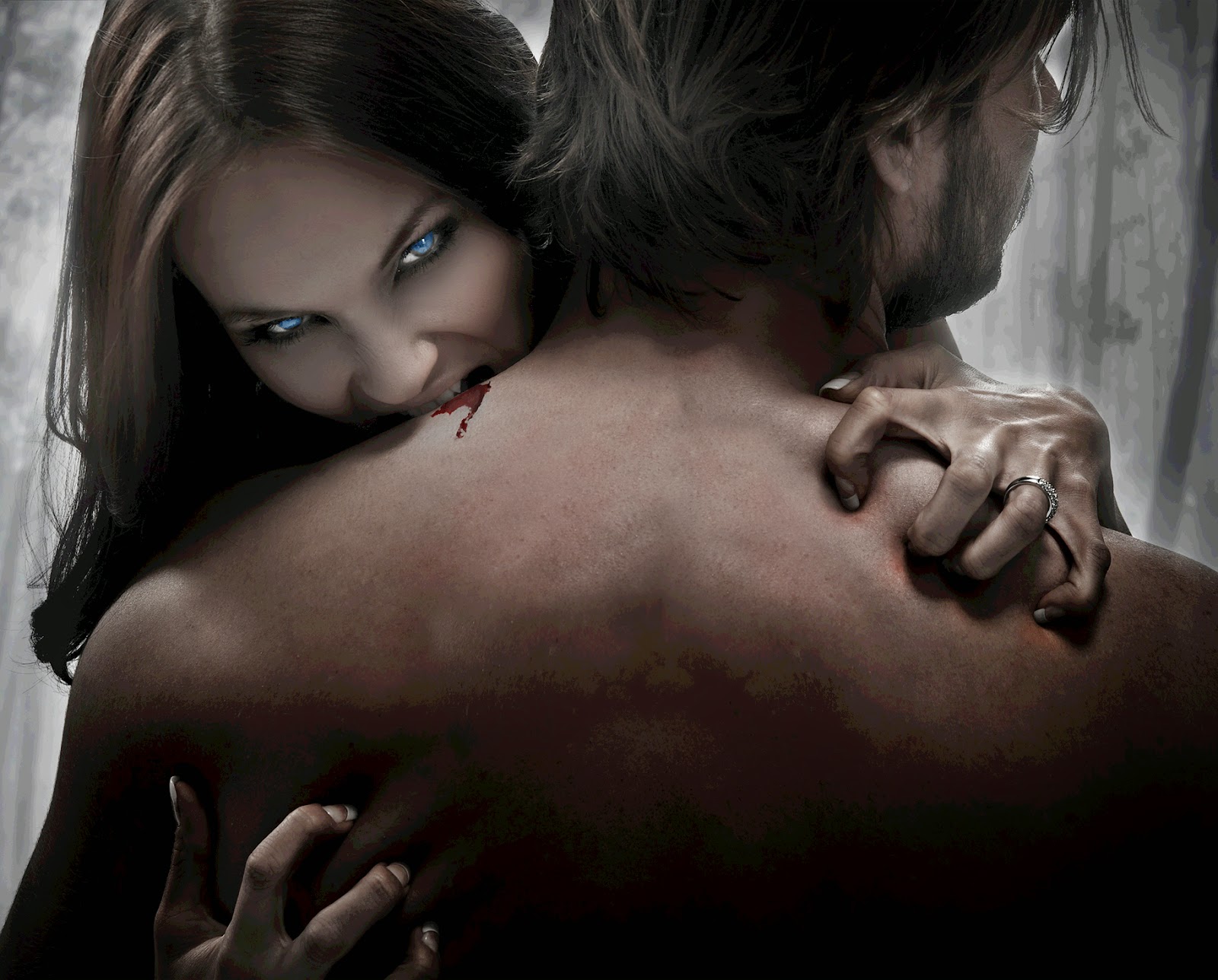 
The Baobhan Sith, (pronounced baa’-van shee), are Scottish blood-sucking female fairies betrayed in Scottish mythology. She’s usually a beautiful seductress and like the faeries, the Baobhan Sith uses her feminine allure to entice night travelers to follow her to a secluded area so not to be disturbed. She has very sharp talons to puncture the neck so she can suck the blood from her victims, but there are other tales where she’s able to suck the soul or life force from the men she attacks. There is another myth where the Baobhan Sith can steal the sexual potency from her victims.

Like the vampire legends of old, the Baobahn Sith can’t tolerate the sun.
In my story, Soul Taker, I have taken creative license with the Boabhan Sith (Scottish vampire) myth incorporating my own twist to the story.

My character, Garran MacLaurin is a Grim Sith in my tale. His transformation took place following the battle of Culloden where his cousin Alexander betrayed him and his men by leading them into an ambush. Fallon, his maker, was the first Baobhan Sith to create what is now called the Grim Sith sept, the male species of this vampire clan. 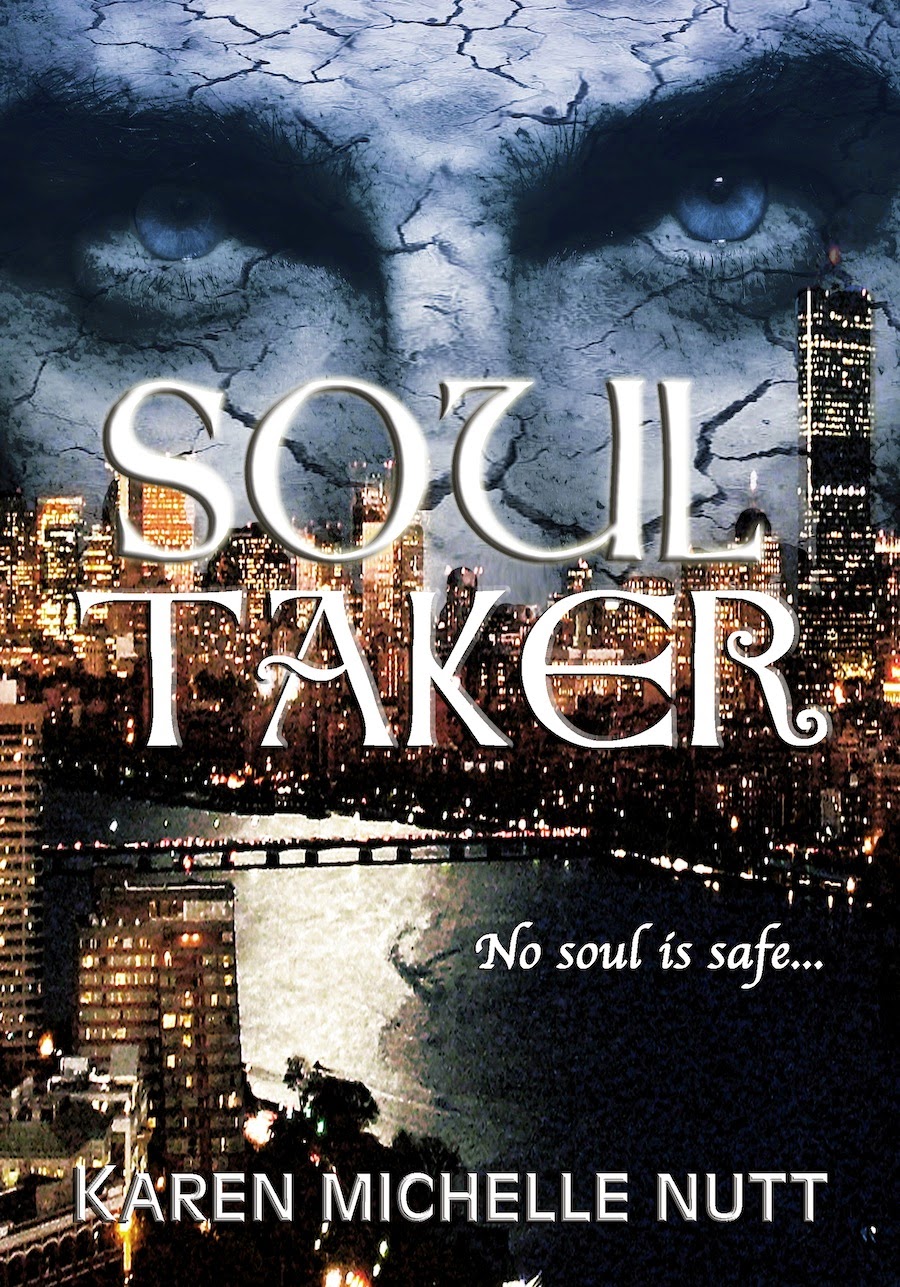 The demon then dragged him back by his arms, not caring how the rocks and bramble sliced through his skin on the way. The minion threw him at the she-devil's feet.
She grabbed him by the hair, forcing him to look up at her as she bared his throat. With her fingernail, she caressed his exposed flesh.
"What are ye?" Garran rasped out, but for the moment, she ignored his question.
"Ye are a strong one, my pet. Ye are afraid. I can smell it, but I know ye will fight me to yer last breath. I like that. It excites me." She closed her eyes and moaned in pleasure, a sound Garran only heard when coupling. Yet this woman could conjure ecstasy from a scent. Her eyes snapped open and her light soulless eyes stared at him. "Ye want to know what I am? I am a Bobhan Sith or as some humans call us, Vampyre."
His eyes widen in disbelief. He knew of the legends and the warnings his father gave him. "Nay." He shook his head. "It is no' possible. The Bobhan Sith is a monster for stories to scare the young lads from wanderin' too far from the keep."
Her wicked laughter made his skin crawl. "So, ye have heard of my kind?"
"I will no' submit to ye."
"Oh, but the beauty of it is, ye will." Her hand held him still, her strength that of ten warriors. She took his throat, piercing through the flesh. He beat at her, trying to pry her loose, but it was as if she were made of steel. He could feel his life ebbing away. Pain and a sick feeling of euphoria overpowered him as he listened to her slurp. His hand fell away, paralyzed. He was dying and with death, she would bring him back as a monster like her. He prayed she would drain him dry, so his soul would be released.
He closed his eyes, trying to shut out the sound of gulping. Would it never end? Then, he realized in horror it was he who drank greedily.

About the Book Soul Taker:

No soul is safe…

A vampire from the Grim Sith sept is sucking the souls out of young women from the Boston area, but this sinister crime is far worse than a vampire seeking substance. He’s selling the souls to the highest bidder and it seems business is booming.

A vampire, a werewolf, and a Necromancer are a most unlikely team, but Garran, Harrison, and Isabella plan on putting a kink in the dubbed Soul Taker’s plans. It’s personal now. One of their friends has fallen victim to the Soul Taker’s charms, but to stop him from hurting anyone else, their efforts may involve raising the dead. 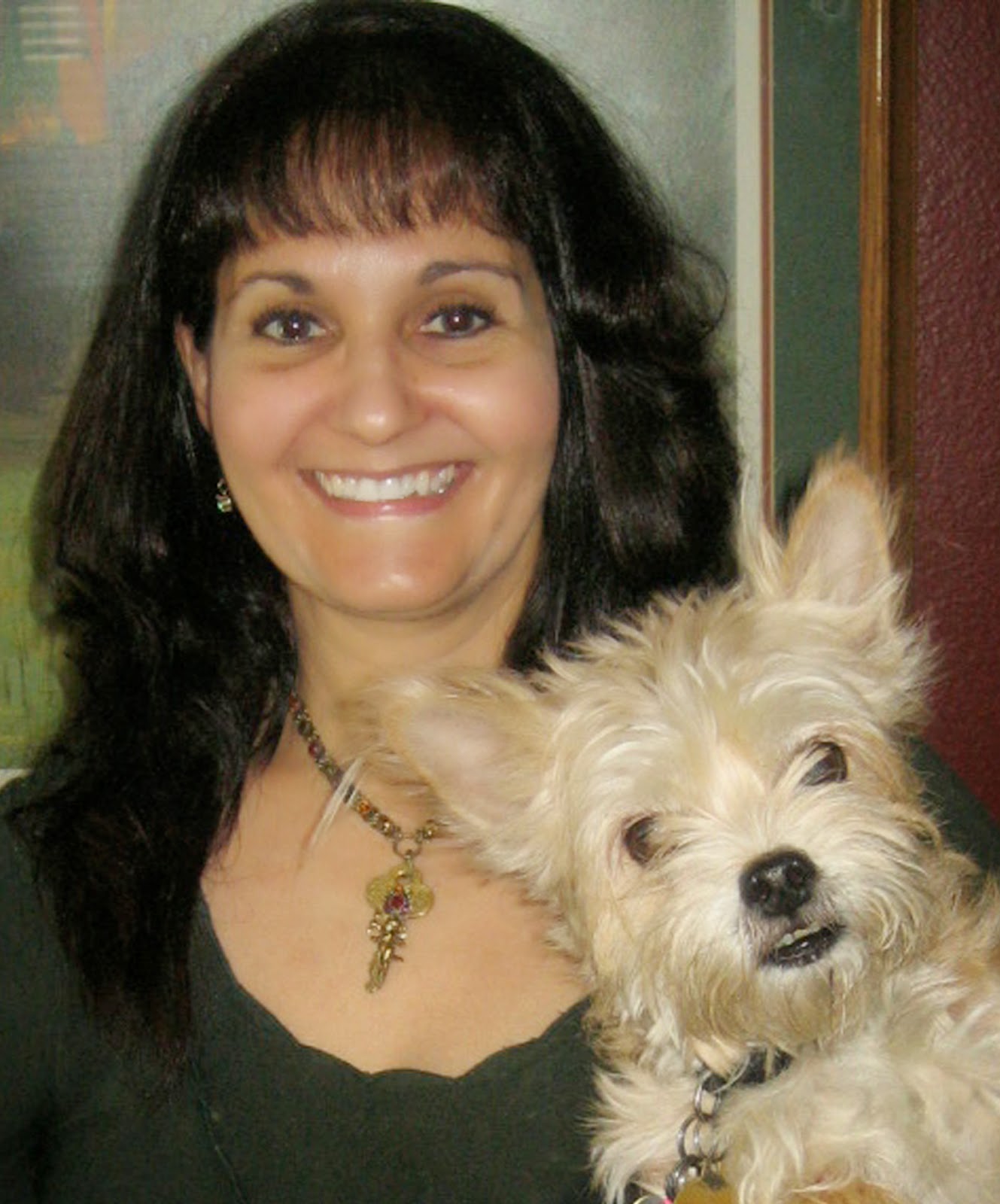 About the Author:
Karen Michelle Nutt resides in California with her husband, three fascinating children, and houseful of demanding pets. Jack, her Chorkie, is her writing buddy and sits long hours with her at the computer.
When she’s not time traveling, fighting outlaws, or otherworldly creatures, she creates pre-made book covers to order at Gillian’s Book Covers, “Judge Your Book By Its Cover”. You can also check out her published cover art designs at Western Trail Blazer and Rebecca J. Vickery Publishing.
Whether your reading fancy is paranormal, historical or time travel, all her stories capture the rich array of emotions that accompany the most fabulous human phenomena—falling in love. 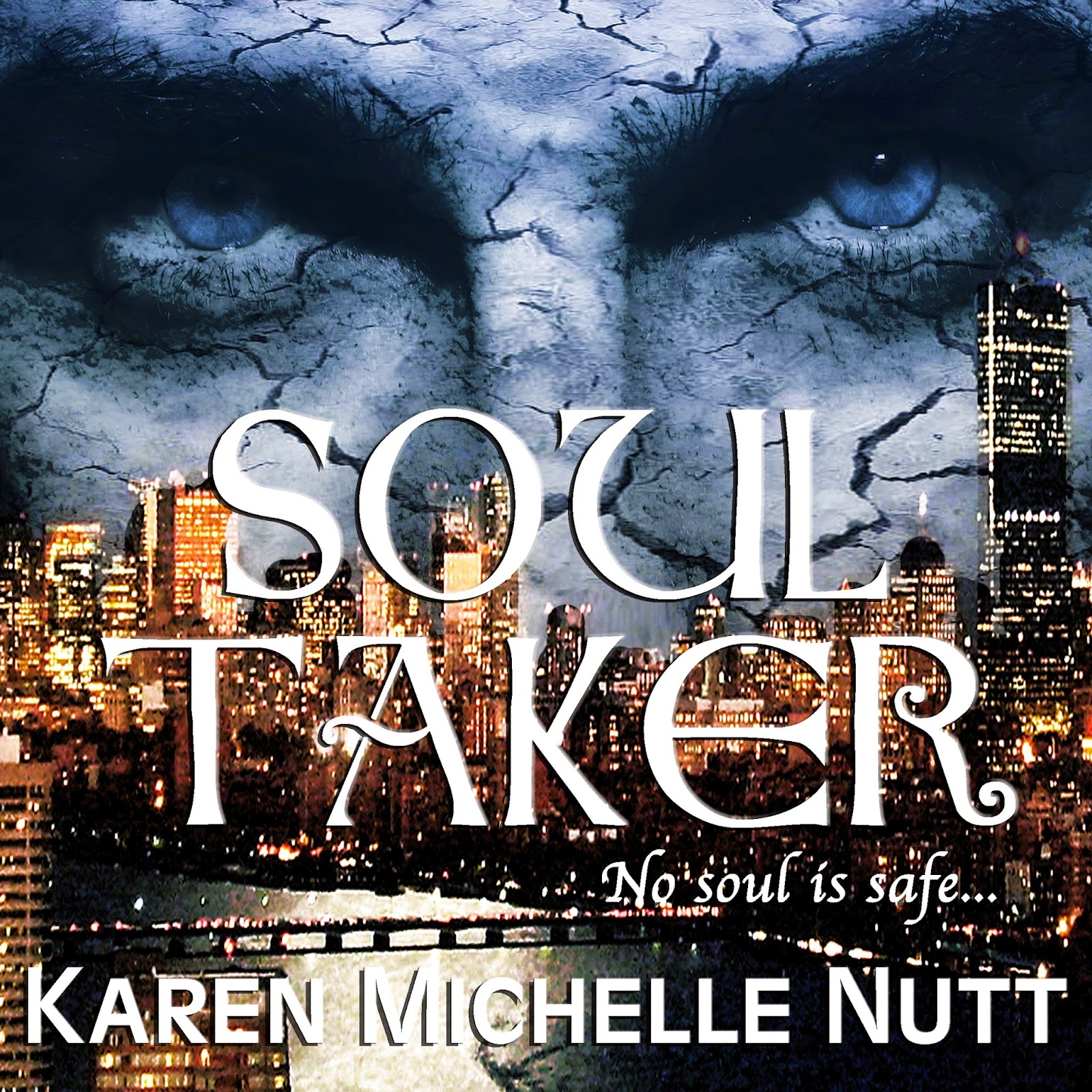 Soul Taker Audio Book Giveaway! Stop by each of the blogs for more interesting tidbits about Vampires, Werewolves, and Necromancers. Each day you tweet and leave a comment, you’re entered for another chance to win.

Could the daughters of Downton Abbey cope?

Imagine the daughters of Downton Abbey losing their home, their parents, their wealth, their status, their friends.
This is what happens to the characters in my historical novel, Kitty McKenzie.
Kitty has lost everything, and as the eldest daughter, she has to now provide and care for her younger siblings, a task she has no experience or knowledge of how to do. From a life of privilege she is faced with all kinds of adversities to overcome.
How will she manage to cope with these new challenges when the only decisions she used to make was what dress she needed to wear and what book to read after dinner?
How was she to create a home for them all, and an income?
She never realised that buried deep inside her was an inner strength that would come to the fore and allow her to manage, even prosper, in an alien world of the working class.

Could Mary or Edith from Downton Abbey have coped so well? I'd like to think they would. 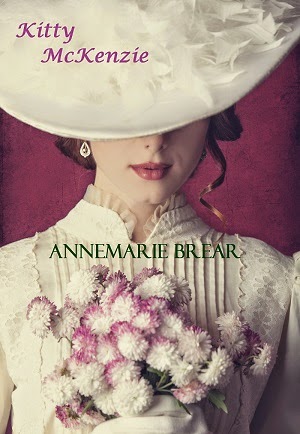 Priced .99 cents in the USA at Smashwords and Amazon USA

Posted by AnneMarie Brear at 14:30 No comments: