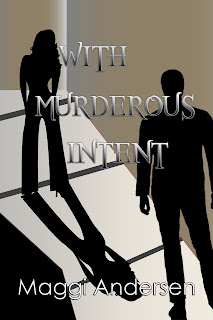 She fled Ireland because her life was in danger, now her troubles are worse…

To escape a deadly stalker, Caitlin Fitzgerald flees her home in Ireland and takes a governess job in the top end of Australia. In her chosen safe haven, she has poisonous snakes, spiders, and crocodiles to contend with. And the very handsome and moody station owner, Jake Monterey, to keep her awake at night. But not only is Caitlin at risk of losing her heart to Jake and his two adorable children, the danger she thought she’d left behind has found her again. Has she unwittingly placed the lives of those she loves in jeopardy?

After they’d put the children to bed and were gathering up their toys, Jake said, “You know that pile of wood and bricks out in the yard?”
She nodded. Covered in creeper, they had obviously been there a long time.
“I had planned to build the kids a playroom on the cooler side of the house. I think I’ll make a start on the foundations tomorrow.”
“Perhaps I can help load the bricks into the wheelbarrow?”
“A brickie’s laborer?” Jake laughed. “Every building site should have one like you.”
She grinned at him. “You think I can’t do heavy lifting?”
He grinned back. “You’ll get blisters, and you’ll quit when you break a nail.”
“Oh!” She punched him on the arm and hurt her knuckles on his rock hard muscle. “Just because I don’t have muscles on my muscles, like you.”
He raised a brow. “I’m not complaining about the way you’re put together.”
There was a loaded pause.
“I’ll be up and ready when you are,” she said to fill it.
He shook his head and chuckled. “You think?”
The next morning she rose to the sound of hammering. She looked out at Jake working, stripped to the waist. For a moment, she drank in the grace and beauty of the man. The rippling muscles on his chest and back, shiny with sweat. His trim waist and long, lean legs in his cut-off jeans. His dark head as he leaned forward with the hammer, pounding away with rhythmic strokes. There was something primal about it, which made her draw a very deep breath. But he wasn’t building it for her.

Great excerpt..anybody would want to read on...

Thanks Rose and Jean. And thanks for Lindsay for hosting me.