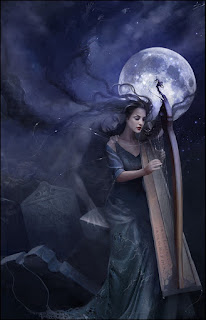 I'm at Paranormal Romantics chatting about Ghosts and unfinished business. Come on by and share your thoughts. http://paranormalromantics.blogspot.com/2017/11/ghosts-and-unfinished-business-by-karen.html

Posted by Karen Michelle Nutt at 19:15 No comments:

Eden's Conflict - My Victorian saga has had a revamp.  I felt the old cover wasn't getting the right response from readers. So I worked with Josephine, a graphics designer (JB Graphics) who is wonderful in my opinion, and after telling her about the story and what I envisioned, she came up with the cover you see below.
I love it. Those who have read the story will see how much the cover represents the story as well.

I've asked Amazon, Apple iBook and Kobo, etc, to change their listing to the new cover, which will take a few days or so to filter through online. Hopefully, this lovely new cover will soon be able to be seen by everyone. 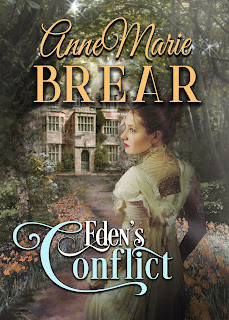 Eden's Conflict
Blurb:
1901 - A new century brings change to the carefully ordered world Eden Harris maintains, change that threatens all she holds dear. Despite years of devoted service to the Bradburys, the leading family of the community, Eden hides a secret that would affect them all. When an enemy returns, her world is shattered and her secret exposed. Torn and provoked, she strains to protect her family until a devastating accident leaves her alone and frightened. As the threat against her grows, Eden takes her precious daughters and flees from the only place she's called home, to live amongst masses in York.
Her attempt to start anew is not so simple as the past haunts her, and the one man she thought lost to her so many years before, returns to claim what has always been his. Eden must gather her strength and look into her heart to accept what the future offers.
Can she find the happiness she longs for?

Bread and Butter Pudding
Several slices of thin bread with margarine or butter
2 ounces of sugar (if available) otherwise one grated apple.
2 oz of dried raisins
1 beaten or dried egg
1 pint of milk
½ teaspoon of cinnamon
Line a pie dish with layers of the sliced buttered bread, raisins and a sprinkle of sugar or grated apple between each. Beat up the egg or add the dried egg to the milk, then pour over the pudding and all to stand for about ten minutes. Cook at around 175 degrees for an hour or so.

Lord Woolton Pie
Chop a selection of potatoes, cauliflower, swedes, carrots, onions or whatever other vegetable you have available, and add one tablespoon of oatmeal.
Cook for 10 minutes, stirring regularly. Put them in a pie dish, add a sprinkle of herbs, thyme, sage or parsley, as you wish, and a little brown gravy.
Line the top with sliced potatoes or wholemeal pastry and bake in a moderate oven until the pastry has browned.

Mock Cream
1 tablespoon of dried milk
2 oz margarine or butter
1 teaspoon of sugar
½ teaspoon of vanilla essence
Beat the margarine and sugar, slowly add the dried milk then add the vanilla and beat until smooth.

Chocolate Haystacks
8 shredded wheat
1 tin sweetened condensed milk
2 oz cocoa.
Mix and shape in an egg cup. Set out on a tray. Do not cook just leave to harden.

Courting Cake
8 oz flour
4 oz marg/butter
2 oz sugar
1 egg (fresh or dried)
Mix to a stiff pastry with a little milk. Cut in half. Roll out one round and spread with jam. Roll a second round and place on top. Or cut and form the other half into tiny balls and place evenly on top. Bake approx 40 - 45 mins at 180C until golden brown.

The heroine in Always in my Heart proved to be an excellent cook, if it sometimes created problems by treating her as a servant instead of a family member. 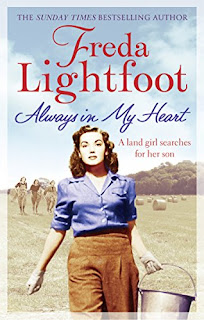 Available in most good bookshops and online.