"Inside Riverside House in England in 1706 the seventh baron, William Kemp is heard shouting at his 18-year old attractive half-sister: "Bastards, Juliana! You and your sister are bastards." He plans to banish them from Riverside. William has not only inherited the title but is claiming the estate as well. Juliana knows that under her grandpere's will she was the rightful heir. Juliana has to prove her legitimacy and her claim.

Juliana and her sister flee Riverside to seek legal counsel in London. With William in pursuit, Juliana meets a suave gentleman named Gervaise. He has recently returned from India, having amassed a fortune and a dark complexion to boot. He offers to help Juliana in her quest as he is immediately besotted by her, for she reminds him of his late Indian wife. His proposal leads to more than a helping hand.

Rosemary Morris has penned a magnificent historical romance with superb, intimate descriptions and politico-religious conflicts of the era which immerse us into an elite society. The inclusion of snippets about Indian customs, religion and cuisine give the story a unique flavour. While the ending is predictable, the plot twists in Juliana's and Gervaise's quest and the evocative narration of the sexual tension between them keeps us turning the pages. Highly recommended.

(Far Beyond Rubies is available as a paper book and an e-book from the publisher, Amazon and elsewhere.)

Posted by Rosemary Morris at 18:59 No comments:

Just popped in to let you know that my new big saga is being publised this week, 22. May.

The story of a young girl growing up on her father's smallholding, happy despite being poor until she is forced to work at the Manor as a skivvy.  Can Emily find happiness and rise further than she has ever dreamed?  The First World War is raging when Emily finds love but can she take the shimmering dream that glitters before her? 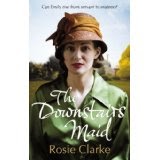 Would You Feel The Fear & Still Fall In Love?

Fear is a motivating factor in all our lives. It's the reason we don't just hand our notice in at a job we hate - because we're scared about giving up the income and we're worried if we'll manage to find another job. Fear stops us doing many things.. sometimes in a good way, sometimes in a bad one!

Fear is what is stopping Faith, in my novel If You Only Knew, from risking her heart again and getting involved with new guy in town Zane, who has just taken over the local Carrdale Outdoor Extreme Sports Centre...

Fear is something which plays a large part in Zane's life too. He has a past he doesn't want people to know about and he's scared getting involved with Faith is asking for trouble...

Fear is what keeps Matt, Zane's business partner at Carrdale, awake at night. He has some decisions to make and is terrified he might make the wrong choice...

Fear is stopping each of them from living their lives the way they want to...


If You Only Knew 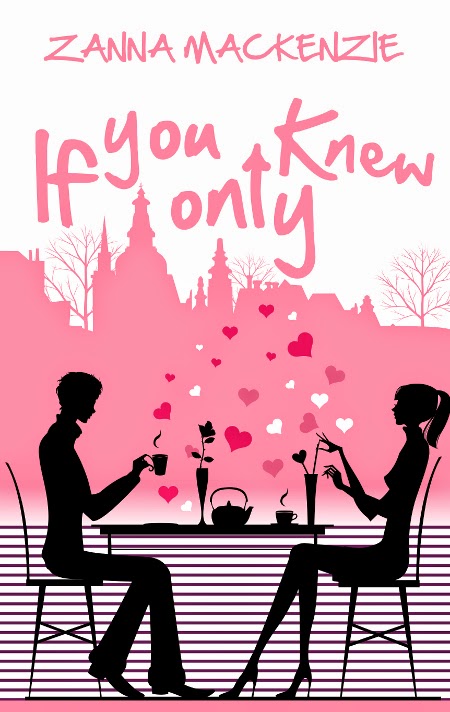 Faith has a fear of falling in love again but Zane persuades her to risk a relationship with him.

Maybe this time things will be OK.


Then she discovers who Zane’s business partner is and her world is turned upside down.

***
Faith owns The Coffee Pot in the outdoor adventure sports mecca of Derbyshire’s Peak District. She hasn’t had a man in her life for a while, as she’s been too busy serving cakes to weary rock climbers and mountain bikers to find time for the complications of a relationship with the male of the species.

At least, that’s what she tells herself. The truth is that since she got her heart broken she’s had problems trusting men.

When she meets Zane, one of the new owners at the Carrdale Extreme Sports Centre, Faith finds herself enjoying his company even though part of her can’t help wondering why he’s so reluctant to talk about himself.

Then the past comes back to haunt her in the shape of Zane’s business partner Matt, who just happens to be the guy who broke Faith’s heart all those years ago.

Want to find out what fear and fate have in store for Faith, Zane and Matt?

Famous Five Plus: Books4U Reviews The Death Game: This review is sponsored by Boot Camp Bride by Lizzie Lamb Nikki Bywater from Nikki's Books4U reviews The Dea... If you'd like to win a copy, follow the link.
Posted by Lizzie Lamb at 13:08 No comments: