Romance on the border 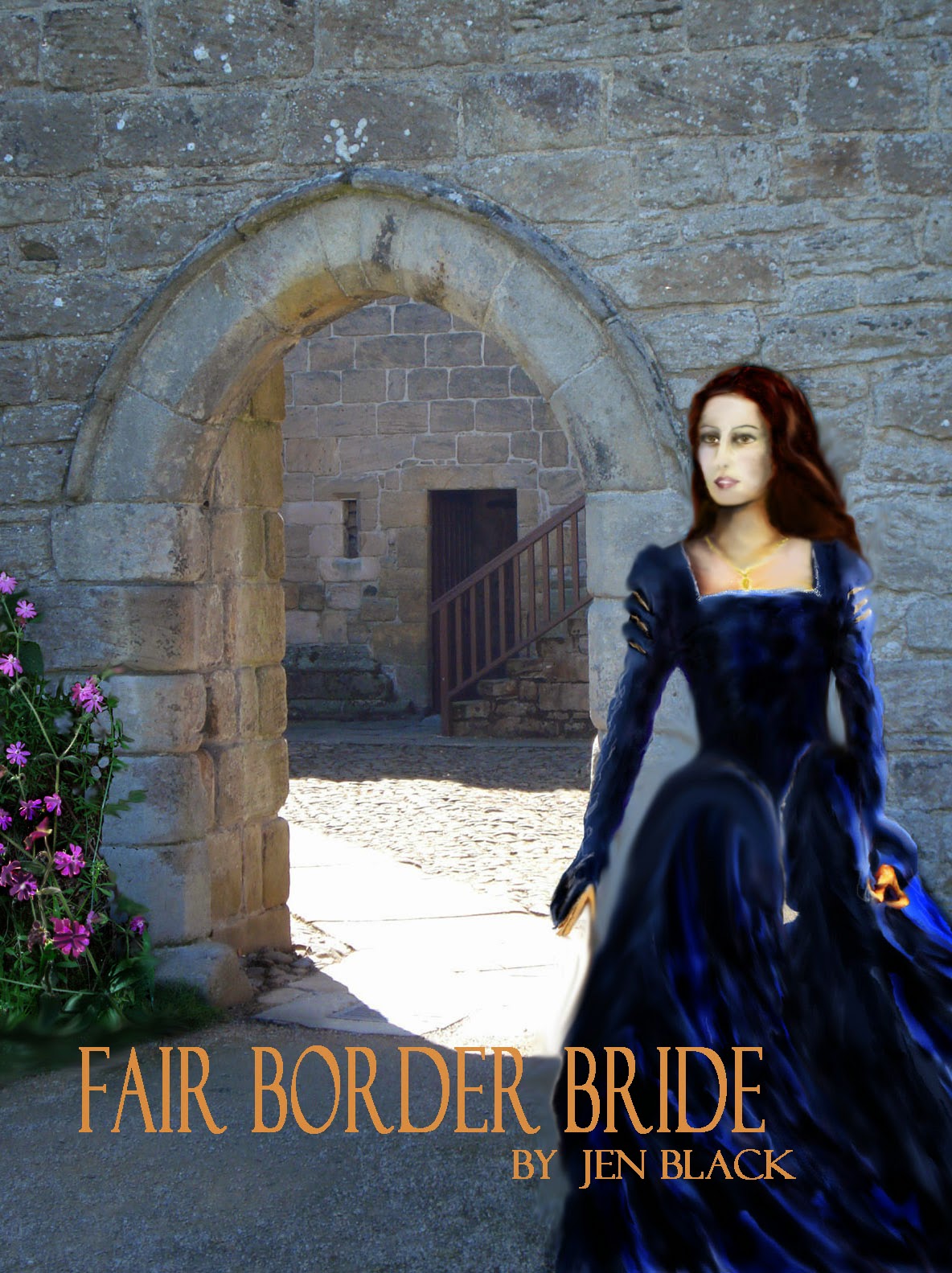 Put your feet up and enjoy Alina and Harry's trials. It's a historical romance, as you might have figured out from the cover, and it's set in the Borders between England and Scotland in the year 1543, when Henry VIII is getting old and tetchy.

Harry Wharton sets off on a mission, stops in Corbridge and gets distracted by Alina Carnaby, daughter of a local landowner. On the spur of the moment he adopts an alias, and Alina is shocked when she learns he calls himself Harry Scott, for her father has a running feud with the Scott family across the Border. It's an exciting story that ducks and weaves around the running feuds of the borders. Alina must face an arranged marriage to John Errington when the only man she wants is Harry. Standing in the church on her wedding day, she hears the words every bride and groom dread...

Excerpt:
After two years of boredom confined in the stuffy, tension ridden rooms of King Henry’s court, where the heady mix of perfumes and fright made a man’s head ache, what could be better than being out in the cool night air, with an adventure about to begin? No hanging about at court waiting for greedy men to decide if they should petition the king before dinner, after it or wait until morning.
Harry looked up at the hall. Imposing, but not overlarge, and crenelated. Marauding Scots and greedy English reivers had pushed the owner into building a parapet; something to hide behind while he aimed arrows at his attackers.
He hoped to own something grander than this one day. With a good education behind him, a strong physique and his father’s support, he should manage it before he was much older, and he was prepared to risk his neck to get it.
Urging Bessie up the slope, he wondered if there would be guards peering through the crenels. He didn’t want an arrow in his back. Suddenly wary, he studied the parapet. The length of the wall ran away from him into the darkness of the forest on the other side of the ravine.
Not a guard in sight. He rode on, and halted Bessie before the massive gateway. A beast bellowed in the byre behind him, and another answered.
He looked around. All was in shadow but for moonlight hitting the rounded curve of a high drum tower midway along the wall. He could learn nothing more about Aydon or its young mistress tonight.
‘Come, Bessie. Time to move on.’
Probably just as well. Charming as Alina was, she was not the rich heiress of his dreams. Foolish whimsy had brought him here. He rounded the corner of a farm hind’s cottage. Shadowy grey in the moonlight, the lane stretched away into the distance, heading to the ridge where the Romans built their wall so long ago.
A muted cry reached him, and another.
Harry pulled his horse to a stand. Frowning, he looked around.
He caught the faint sound of hooves thudding against the earth, then the moan and bellow of disturbed beasts.
Harry scanned the fields, and found the moving black dots trotting diagonally towards the wall. The words of the packman resonated in his mind. ‘Lessen o’ course the Armstrongs be ridin’.’
It might not be the Armstrongs, but somebody was riding tonight. Was a raid taking place? Fascinated, he watched six or seven men round up the beasts and chivvy them into one dark, moving mass.
He ought to rouse the owner of Aydon Hall. He turned Bessie and urged her back to the gateway. Strangely reluctant to obey, she pranced on the spot. “Come on, Bessie!”
The mare made up her mind and lunged towards the castle. Harry looked over his shoulder. The moving black circle was much further across the hillside now. Pushing Bessie into a canter, he covered the half mile back to the hall, rounded the corner of the hind’s cottage and ran smack into a bunch of horsemen and cattle blocking the lane.
Bessie flung up her head and stopped of her own accord. Harry scanned the group warily. In the shadows, faces were no more than grey blobs but Harry was certain of three men, though less sure of the cattle that milled around him. The wide door of the byre stood open behind them and the sweet sour odours of penned cattle drenched the night air.
“Get ’im, Will!”

http://www.amazon.co.uk/Fair-Border-Bride-Jen-Black-ebook/dp/B005VPXA42
Posted by Jen Black at 10:19 No comments: 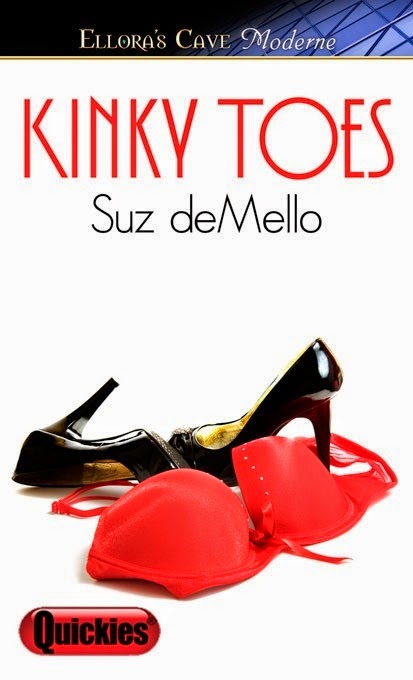 Here’s a snippet to pique your interest:
A secretary entered holding a tray of coffees. She set it on the big desk and offered a cup to Shelbie. “Two sugars and a drop of cream, just how you like it, Ms. Nathanson,” the girl squeaked.

“Great, thanks.” Shelbie took the coffee while wondering why the secretary was so jumpy. Maybe she’d had too much caffeine.

The girl cast Shelbie another scared glance before giving a cup to Rick, visibly relaxing as she served him and then Shelbie’s father, who sat behind his big desk in the place Shelbie expected to fill once he retired. With another frightened peek at Shelbie, the gofer scooted out.

“Yeah, but it seems that your reputation precedes you,” Rick said drily.

“What do you mean?” she asked.

“I mean that no assistant of yours has lasted longer than six months. Word gets around.”

“That’s not my fault.” She stirred her coffee. “The last one was impossible.”

“Failing to know the difference between heliotrope and mauve isn’t impossible.”

“It is if you work for me. And calling my beautiful shoes Shelbie’s Slut Heels wasn’t appropriate.” She stretched out her leg to again admire her handiwork.

“True,” Rick said. “Talk like that damages the company.”
She glared at him, noting his attention fixed on her shoe. Man, he was just too easy.

If you want to find out what happens between this sexy couple, find the book here:
http://www.ellorascave.com/kinky-toes.html
https://www.allromanceebooks.com/kinkytoes 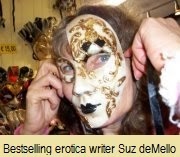 Her books have been favorably reviewed in Publishers Weekly, Kirkus and Booklist, won a contest or two, attained the finals of the RITA and hit several bestseller lists.

A former trial attorney, her passion is world travel. She’s left the US over a dozen times, including lengthy stints working overseas. She’s now writing a vampire tale and planning her next trip.


--Find her books at http://www.suzdemello.com


--Her current blog is http://www.TheVelvetLair.com
Posted by Lindsay Townsend at 14:54 1 comment:

Sale! A SIMILAR TASTE IN BOOKS for 99 cents

A Similar Taste in Books is on sale at Smashwords only (note, Smashwords has all formats) with coupon code MT58S (not case sensitive).

A Similar Taste in Books on Smashwords here: https://www.smashwords.com/books/view/247691

If you don't care for sex, violence and profanity in your reading material, check out the other Flinch-Free Fiction in the Clean Indie Reads Fall Sale here: http://arcaniarts.com/index.php/fall-clean-book-sale

Thank you all,
Linda
Linda Banche
Welcome to My World of Historical Hilarity!
http://www.lindabanche.com