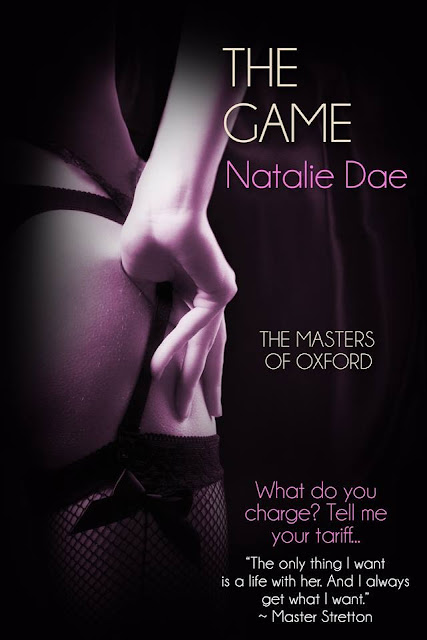 The Game, part of The Masters of Oxford Series.

Stretton is a Master—and also a gangster in a firm handed down to him by his father. He’s done bad things, things most people would find appalling. But Stretton isn’t wicked right down to his marrow. He wants love, a good life, but the woman he’s fallen in love with is from the opposite side of life. Someone he shouldn’t adore but does. Someone who can put him in jail with the click of finger against thumb.

Violet is a submissive—and also policewoman, working undercover as a prostitute in order to get close to Stretton. She’s on the game and also playing a dangerous one. She knows his bad side, his faults, yet she loves him still. Her morals tell her she shouldn’t be with him, but her heart says otherwise. How can she continue to spy on him, knowing that she could be the one who has to slap the cuffs on his wrists and read him his rights?

As the time for one of Stretton’s dodgy dealings draws closer, when the police cast their net to catch him, Violet has to extricate herself from his life. She can’t bring herself to do it and acknowledges that in order to be with him, she may well have to turn bad too. Do things she’d said she’d never do, breaking the very law she’d promised to uphold. But love is a strong emotion, one she cannot deny, and being with him becomes her sole purpose.

Find out more about Natalie and her awesome books on her website.
Posted by Lily Harlem at 08:12

Love even the blurbs...the books must be even better!