Hours of reading... for less than the cost of a cup of tea 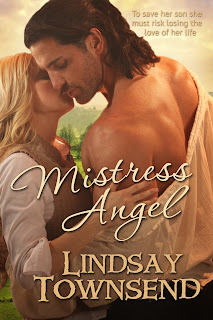 I am very happy to launch my latest historical romance, "Mistress Angel," for £0.77p and I do also have other romances at this attractive price, or even less.

Hours of reading can be yours for less than the cost of a cup of tea!

To save her son she must risk losing the love of her life.

“Mistress Angel” is a medieval historical romance novella of 28,000 words. It is a sweet to sensual romance story, set in medieval London, at a time when women had little power and fewer choices.

Once a child-bride, intended to stop a blood-feud between rich and ambitious families in fourteenth century London, Isabella is now a young widow, a medieval Cinderella, tormented and blamed. Seeking always to escape her grim destiny, she can just endure it but when her beloved son Matthew is torn away from her care, spirited somewhere into the country by her malicious in-laws, Isabella is desperate. To save her son she will do anything, risk anything. Even if it means she must lose the love of her life, the handsome, brave armorer Stephen Fletcher, who catches her when she falls from a golden cage and who calls her his Mistress Angel.

Buy now at Amazon.co.uk and Amazon.com 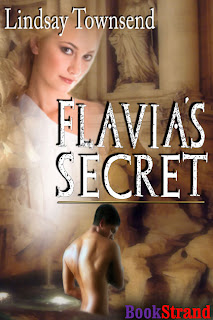 How Far Dare You Trust Your Lover? Especially When He is Also Your Master?

Spirited young scribe Flavia hopes for freedom. She and her fellow slaves in Aquae Sulis (modern Bath) have served the Lady Valeria for many years, but their mistress' death brings a threat to Flavia's dream: her new master Marcus Brucetus, a charismatic, widowed officer toughened in the forests of Germania. Flavia finds him overwhelmingly attractive but she is aware of the danger. To save her life and those of her 'family' she has forged a note from her mistress. If her deception is discovered, all the slaves may die.

For his part torn between attraction and respect, Marcus will not force himself on Flavia. Flavia by now knows of his grief over the deaths of his wife Drusilla and child. But how can she match up to the serene, flame-haired Drusilla?

As the wild mid-winter festival of Saturnalia approaches, many lives will be changed forever. 
Can a gladiator and a bath girl find love?

Decimus buys beautiful, red-headed Corinna from Silvinus Cato, a nominal Christian and her cold Roman master. Corinna, also a Christian, is terrified to be sold to a hired killer but finds Decimus to be an honorable, caring man--and overwhelmingly sexy.

After I wrote "Flavia's Secret", I found myself fascinated by the story of a Roman girl who served as a toga girl in the public baths. Could there be a happy ever after for her and a man equally reviled and desired in Roman society - a gladiator? 'Silk and Steel' is my story of two people redeemed by love. 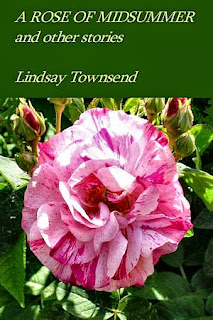 Finally, my collection of short stories, "A Rose of Midsummer," is just $0.99 from Barnes and Noble, Apple, Smashwords and Sony.

Posted by Lindsay Townsend at 09:40