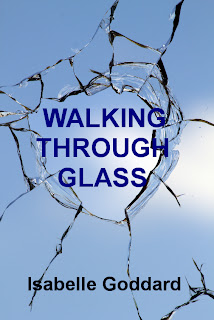 Can a phone call change your world forever?

It did Grace Latimer's. Despite a smart home in Hampstead, a caring partner and a job that keeps her busy, she is dissatisfied. The house isn’t hers, she finds her work tedious and she is beginning to feel uncomfortably controlled by her partner. When Nick Heysham catapults into her life with a request that she help him complete a contract, she is ready to listen. At the same time a trifling and seemingly unrelated job - the haunting of a former school room - drops into her lap.

What Grace doesn’t know is that her search for missing plans from the Great Exhibition of 1851 is set to uncover a story of illicit passion, involving the influential architect, Lucas Royde, and the wife of his sponsor. Nor that the two quests are tragically connected in ways which have remained hidden for a century and a half.

What she doesn't know either is that events from the past will echo so powerfully in the present that they force her to face the truth of her own life….

A must read. The depiction of The Great Exhibition had me scuttling to the history books. The story is well written and the charaters plausible. The plot is easy to follow and as a Londoner who has visited the now derelict site brought the whole idea of the time, to life for me.
A Really Good Read - Football Fan
This is a really good read. It's well plotted and also very well researched giving fascinating detail about the Great Exhibition in the chapters that take place in Victorian England. I particularly liked the chapters set in the present day describing the heroine's meticulous detective work to uncover the secrets of the past at the same time as discovering her true self.

The author's historical research shines through in the way she writes the mid-Victorian section of this absorbing novel. It's important to remember the attitude to women at that time. As Queen Victoria's reign drew to an end, feminism was much more evident so Alessia's plight is very believable. There's some lovely detail in the book, however, I was left wondering about the children's grandma and why she would not have intervened when Renville's world went pear-shaped. In the contemporary story, Nick and Grace have an interesting quest and it's a measure of the author's skill that I sometimes became so lost in one era that I felt surprised when the scene changed to the other one.

Grace Latimer is a modern woman with a modern dilemma. On the face of it she has everything she could want yet she isn't fulfilled, either in her job or her relationship with a man who apparently loves her but treats her rather as second fiddle. No wonder she jumps at the chance to go on the hunt for missing plans drawn up by a Victorian architect for the Great Exhibition, along with the intriguing Nick Heysham. It's an interesting set-up and one that certainly fulfils its promise.
The switches between the present day and Victorian times give an added depth and reality to the story and bring to life the characters from the past more than if they were just talked about in a historical fashion.
I found all the main characters sympathetic, and could identify with Grace's problems and the life-changing decisions she has to make. Her motivation is very believable although I did feel the stakes for her could be raised a bit.
There's a wealth of well-researched detail in this novel and some brilliant descriptions of places and events. `Walking Through Glass' is a well-paced, elegantly written novel with a superb ending that packs the required emotional punch. Great.


Interesting and Well Written - Alex G
I enjoyed the balance of history and relationship revelations that made this book interesting to read. Characters were easy to relate to as were the circumstances they found themselves in both in the history of the past and the current times.


Intriguing - Ed Dinges
I found the book very intriguing. It kept my attention to the very end. The writer does an excellent job and the story is one that is played out even in today's world of love and sorrow.


This book has been set in the present but it has links to another story set in Victorian times - specifically the building of Crystal Palace and the Great Exhibition. It tells of the love story between the architect and the wife of a silk merchant which has deeply tragic consequences. I thoroughly enjoyed the book and look forward to reading more of this author.
Posted by Unknown at 15:15

Hi Isabelle, what an interesting story and obviously shows your love of research.