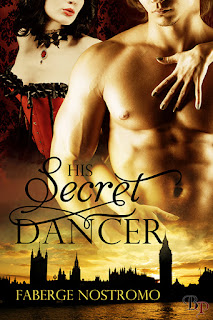 A truly bisexual threesome: the protagonists are Francine, who found her first awakening with a lesbian relationship on a camping expedition at 16; her husband Daniel, who has a secret transvestite alter ego as Danielle, and Tomasz, who has bisexual feelings.
Francine and Daniel are struggling with an unsatisfactory married life. Daniel’s experiments are partly motivated by a desire to escape. He has ‘a haze of feminine sexuality and masculine need; under the persona of Danielle (the name taken from his great-grandmother, a Russian ballerina), he works as a ‘T Girl’ in a night club, owned by Tomasz, an ‘alpha’ economist and stockbroker. Tomasz desires Francine. Francine, in parallel, longs for a girl’s mouth and for ‘manhood’. The furtive side of the marital relationship is portrayed by their secretly examining each others’ clothing and personal effects. In the climax, Francine falls in purported Lesbian love with Danielle.  When she discovers Dan’s true identity, he experiences a synthesis of ecstasy and rage. Tomasz moved to Paris; he and Danielle meet there.

The plot is substantially thickened by the crisscrossing of desire between the 3 parties: “He (Dan) wanted them both; but he hadn’t expected that they would want each other.” He wonders if he could be both a male and a female sex partner with both of the others. His experiments have some measure of success; after much staleness, he rediscovers the frissons of adolescence. There is an exploration of polarity – “feminine sensuality underpinned by the hint of secret masculinity”.

Without the explicit physical references, this book would be romance – its beautiful cover fits perfectly into this mode. It celebrates the sensual and the tactile, the thrill and suspense of anticipation. The manifestations of those aspects in clothing and cuisine are explored in exquisite depth: “He (Dan) wanted the added sensuality of his skin being caressed by his love’s silk and nylon as his own soft feminine attire caressed hers . . . silken feminine nylon encasing rigid masculinity”. Chocolate is supremely sexy. Supremely, it honours physical beauty and faces the fact that this can be androgynous/transgender. Many of the ‘straightest’ of males like dressing up in female clothing (good beginning piece about the ‘chaps’ dressed as girls going to the May Ball). As a non-fan of the explicit, my reservations are overridden by the work’s overall lyricism and sensitivity.

Excellent review. I love when reviewers share the nuance they've seen in a story. That adds a layer of color I appreciate as a reader.