Every Move He Makes

My second MM book is out on the 7th May from Samhain. It's set partly in London, partly in the wilds of Scotland and also in Northumberland. 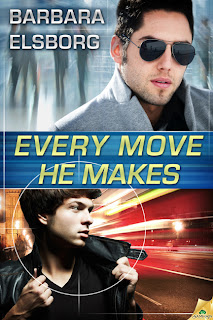 Keeping an eye on his charge isn’t easy. Keeping his hands off? Impossible…

It took attending his own funeral to force Logan to accept a new life as an undercover MI6 agent. That doesn’t make his latest assignment any less aggravating. Babysitting a Russian pop star with delusions that someone’s trying to kill him.

Other than an inexplicable attraction Logan ruthlessly suppresses, he couldn’t have less in common with the irritating, arrogant rich kid. He’s even prepared to walk away—until very real bullets start flying.

After his mother’s death, Zak Kochenkov’s life unravels in an impenetrable haze of grief, drugs and alcohol—until one bodyguard candidate stands out. Except his hopes of having some fun with that guard’s body evaporate when he realizes Logan is buttoned up tighter than a clam.

The first thing Logan learns is that his charge won’t do as he’s told. And there’s some secret behind his haunted eyes that shakes Logan’s resolve to keep him at arm’s length. Because he knows if he lets passion close his eyes, that’s when danger will find them both…

There are some pics of the settings on my blog http://barbaraelsborg.blogspot.com/
Including here! Had some fun taking this one. Those who know where it is will understand why. 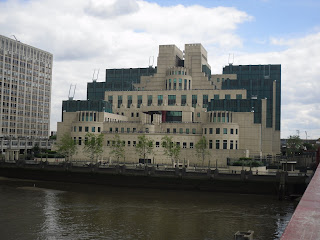 Posted by Barbara Elsborg at 01:00

Fantastic thriller and love story by one of my most favorite authors who I never thought could top Cowboys Down, but wow, I couldn't help but completely fall for Logan and Zak. Run buy this one, you won't regret it!!

Sounds a fabulous thriller, Barbara, with some very real motivations for why Zac and Logan are as they are.