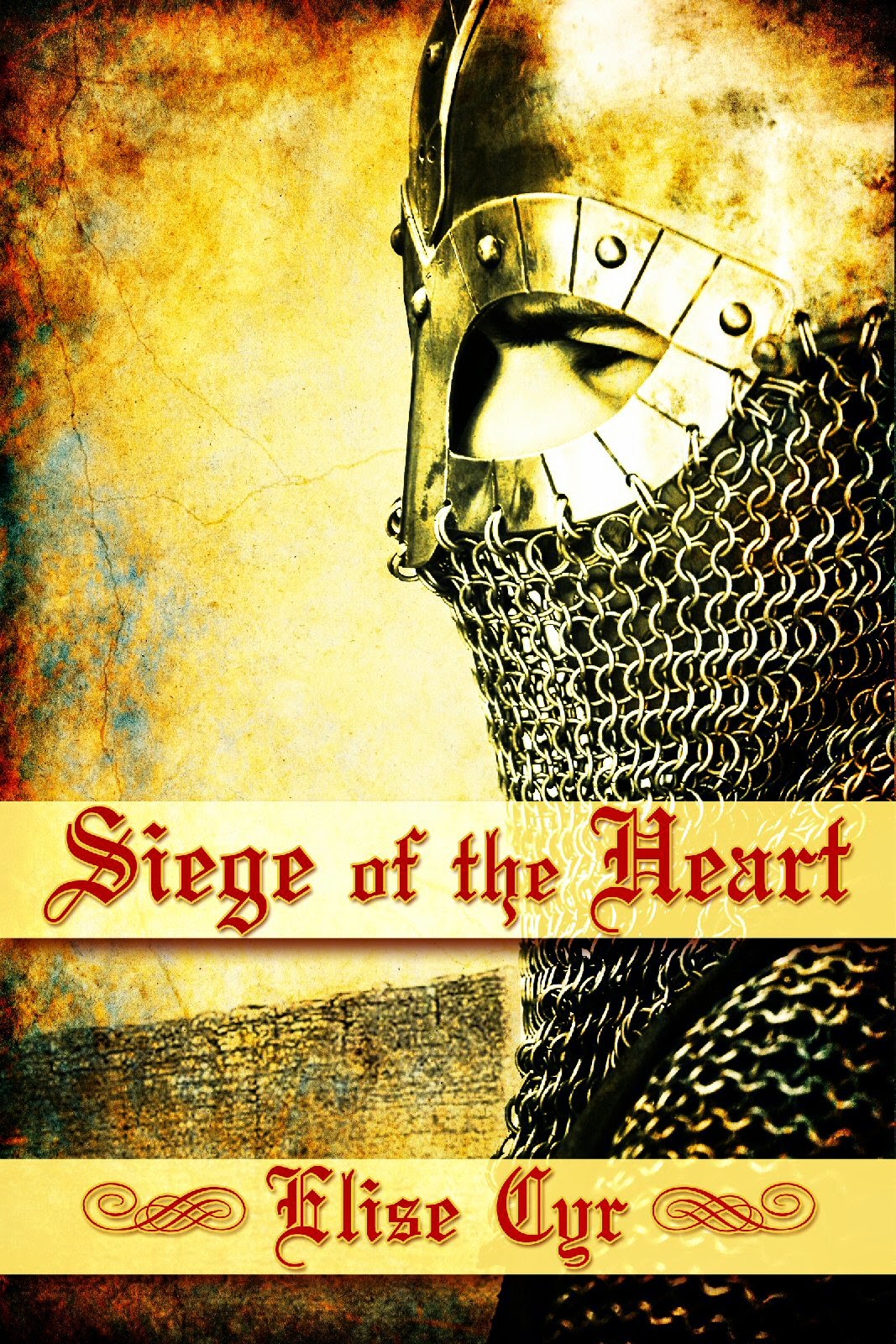 I didn’t realize just how much I didn’t know when I first started writing my medieval romance Siege of the Heart. I came at it in a roundabout way: the origins of the book were distinctly fantasy but I found the worldbuilding too overwhelming. Better to fit my story events into a historical time period—a readymade framework to build my book around.

My heroine Isabel was no damsel in distress, my hero definitely a knight, and I wanted a period in history full of drama and upheaval. I settled on the Norman Conquest of England.

I found researching the time period particularly difficult because of its transitional nature. I focused my efforts on the late Anglo-Saxons and the post-Conquest era, and often had to make inferences on what happened in between. To compound things, since history is often rewritten by the victor, it was sometimes difficult to take the accounts of the Norman Conquest at face value. I’m a history enthusiast, not a trained historian, so I often found myself swamped by facts, but unable to find the ones I needed to serve the story.

In some cases, I just needed to do some more digging. But in others, I came to realize the information I was looking for simply didn’t exist. At first, those gaps in my research scared me. How could I write about something I did not definitively “know”? But at some point along the way, I stopped seeing the gaps as obstacles and started seeing them as opportunities to make my story as uniquely mine as possible.

That’s why I’ve come to love the medieval time period so much. Despite the difficulty in researching this part of history—with so much of the historical record lost to the passage of time or skewed to certain subsets of society—writers have a lot of latitude in bringing their stories to life by navigating that line between historical fact and fiction. At the Romantic Times convention this year, author Sarah Zettel said (paraphrasing) it’s the constraints that make writing fun. She was talking about the science in science fiction, but the history in historical romance works the same way.

Writing Siege of the Heart, I learned a tremendous amount, about the time period and about myself. I hope everyone enjoys the manner in which I was able to bring the historical setting and my characters to life.

About Siege of the Heart:

He fought for king and country, but that battle was nothing compared to the one he’ll wage for a woman’s heart.

Still reeling from the news of her father’s death during the Norman Conquest, Isabel Dumont is unprepared when trouble arrives at the castle gates. Alexandre d’Évreux, a Norman knight with close ties to England’s new king, has arrived to secure the land and the loyalties of the Dumont family. Desperate to protect her people, Isabel strives to keep the confounding knight at arm’s length and hide the truth about her father’s death.

For Alexandre, the spoils of war come with more than just a generous gift of land. They come with Isabel Dumont. Vowing to marry only for love, Alexandre finds himself in a difficult situation as a conqueror granted dominion over the land and its people. Isabel is the one person capable of helping him win the regard of those living in the war-torn country…if he chooses to accept her.

Just when Alexandre finds a spark of hope that he and Isabel have a chance at love, she vanishes. His quest to find her plunges him deeper into the conquest’s fallout. Was she taken? Or did she leave?

CONTENT WARNING: Entering into this novel may cause extreme affection toward knights of old, admiration for strong-willed women, and the overwhelming belief that love really can conquer all.

At least she now knew the truth.
It was little comfort though, as Isabel Dumont watched the messenger ride out of the bailey. She let out a breath, a feathery cloud on the cold air. The messenger had declined her offer of hospitality, and she did not ask him to reconsider. Instead, she had seen to it his horse was watered and had pressed a gold piece into his palm to ensure his silence.
Snow had threatened all morning. Now it fell around her in fat flakes, but she did not move. She did not think she could. Her limbs felt heavy, almost waterlogged. Like the time Julien had knocked her headfirst into the river in a moment’s foolishness. And then pulled her back to shore.
That had been ages ago. Her brother’s message now had the same effect, leaving her winded and frozen in place.
Captain Thomas, who handled the training of Father’s men-at-arms, stamped his feet beside her. “My lady, if you wish it, I will make the announcement—”
“No!” The word ripped through her chest and rang in her ears. “No. You will say nothing. To anyone.”
His eyes widened. “But this cannot be kept secret.”
His disapproving tone cut through the numbness that suddenly filled her. She twisted away from him and looked out past the gates. The graying countryside swallowed all sign of the messenger. If only his words were as easy to erase.
“Your father—” Captain Thomas began.
She balled her hands into fists. “Do not say it,” she whispered.
Captain Thomas shook his head. “I must. Your father is not coming home. I know it was not the news you hoped for, but Julien’s message…”
He lifted a hand toward her shoulder, and she gave him a sharp look. He stopped mid-motion, his fingers dangling awkwardly, before resting his hand on his belt. She turned on her heel.
Captain Thomas hastened after her. “Wait!”
She wrapped her woolen mantle more securely around herself. She would not discuss it further. She could not. Not when she could scarcely think.
“My lady, please—”
She slipped her hand to the hilt of her sword—one of her father’s cast-offs—and the brush of the leather-wrapped handle against her palm made it easier to rein in her breathing. “You said there were reports of the Welsh attacking tenant farms to the west?”
“Yes. I was going to have Kendrick and some of the other men scout the area, but—”
“Good. I will join them. Tell the men to make ready.”
Captain Thomas’s mouth tightened. For a moment she thought he would disobey her, but he slowly turned toward the castle to do as she bade. Lord Bernard Dumont, thane to the king, had fallen. Now it fell to her to ensure the safety of the Dumont lands. Captain Thomas, of all people, should know what that meant.

Elise has always loved adventure, romance, and happy endings. She writes primarily in the medieval period. Because there’s still so much we don’t know about that time in history, the writer’s imagination is essential for fleshing out the research and making it come to life on the page. Plus swords and castles are just plain fun.

She lives in New Mexico with her husband and the sweetest dog ever. When she’s not writing, she hikes, bikes, cooks, and (of course) reads. Siege of the Heart is her debut medieval romance. You can follow her on Twitter, Pinterest, Goodreads, or check out  her blog.

Posted by Lindsay Townsend at 11:40