Shadows by Jen Black ~ a romance with a twist 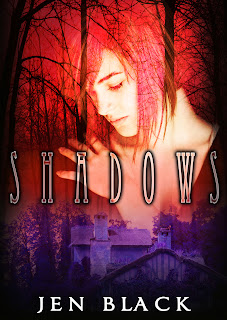 A chilling tale, written with humour and drenched in the sights and perfumes of the rural Dordogne, a must-read for those who like a romance with a ghostly twist. Curl up by the fire and revisit your holiday in France ....

Excerpt One: Melissa arrives at the mill and loves it. She has a swift look around while Rory prepares a meal for her. (A bolly is what the locals call a verandah)


“They might—” Her breath caught in her throat as all her initial attraction to Rory rushed back and choked her. She coughed and tried again. “They might have gone round the back of the mill.”

SHADOWS is available from Amazon: http://www.amazon.co.uk/Shadows-ebook/dp/B006JBXJRA
Strong men, smart heroines, make for a good story.
Posted by Jen Black at 15:30

Love the descriptive style... Thanks for the excerpt.