In case you didn't know already, Outcast was published over the weekend. You can download it free from Amazon until Nov 6.
If you don't have a kindle, you can still read it by downloading the Amazon Kindle free reading app for your phone, pc or tablet. 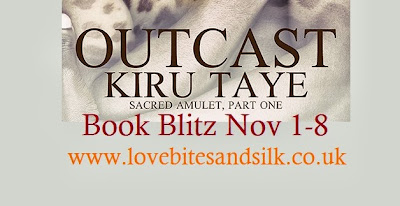 Out November 1, 2013
Available from Amazon US | Amazon UK 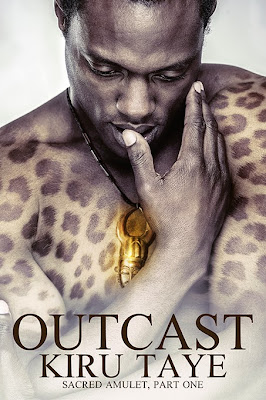 Ugo’ji is an outcast, an untouchable. She lives on the fringe of society as the lowest of the low, a living sacrifice to the gods. The only person she interacts with is her aged grandmother Nne who nurtures her powerful gift of healing. Until the day she meets Ebube a strange warrior to their lands. He  ignites a yearning within her she's unable to ignore.
Ebube is drawn to the young maiden with the emerald green eyes who possesses the body of a goddess and the healing touch of an angel. But he is forbidden from mating with a human and the consequence is the wrath of the gods.
Moreover he is on a mission. If he fails, the gates of hell will be opened and the earth plunged into darkness. He cannot stay and she cannot go with him.

Help me...Do whatever it takes...Keep the gates of Alammuo sealed.
Darkness tugged at him and threatened to pull him into its murky depths. With a jerk, Ebube sat up on his pallet. The creaking wood and thumping of his heart echoed in his acutely responsive ears.
Danger seeped from the nightmare he couldn’t remember into the air, leaden and oppressive. His breath heaved as he choked, his throat clogged with the fetid stench of death.
On reflex, he extended his right arm, grabbing the scabbard he always kept within reach, the pitch shadow no hindrance for his sharp eyesight. As a leopard-shifter, his vision was excellent, night and day. He didn't need to look at his hands to see the extended claws. Sharp tips dug into his palm. He ignored the sting and his awkward grip on the carved wooden hilt of the single edge sword.
His beast came to the fore, clawing to take over, an instinctive response to potential threats. Muscles tensed, Ebube fought the shift. Sweat streaked down his body in rivulets. He swiped his face with his left palm, stopping the liquid from dripping into his eyes.
Sweeping his gaze across the large, airy chamber of his sparsely-decorated home, he sought the source of danger setting off his internal alarm.
Apart from the raised bamboo sleeping platform covered in padded deer hide and the wooden trunk that stored his personal belongings, the only other items were his tools of warfare – his spears, shields, machetes and scabbards. They hung on the single-rung mantel against the burnt-umber rock wall, gleaming with polish and sharpness, ready for use.  Undisturbed.
A tingle ran up his spinal column, the way it always did when he sensed something out of place. Something terribly wrong. He swung his legs around. Cool unglazed stone flooring met his bare feet. The muscles on his back tensed, primed for action. Slowly, he stood to his full height and walked through the room.
His home consisted of two chambers, one for sleeping and the other for entertaining guests. Though as a guardian, a special warrior of the gods, he could live as luxuriously as the gods did, they had agreed communally to live as simply as humans of the era so as not to draw attention to themselves as supernatural beings.
Nothing was out of place in his rooms, no stray, malevolent being in the vicinity. Yet the tingling in his bones didn't dissipate. When he found nothing inside, he grabbed the wooden knob, opened the door and walked onto the corridor linking his residence to the rest of his family's. Their homes were hewn out of Amauwa rocks, a hill range in the middle of the rain forest.
He stopped in front of the last house, the tension on his shoulders increasing. Nothing lurked inside it, living or inanimate. Yet the memory of the previous occupant flooded his mind, hitting him low in the abdomen, spreading pain through his body. Gritting his teeth, he shook his head and turned his back to the building and its unwelcome memories.

I'm giving away 2x $5 Amazon gift cards or paypal cash and 5x ebooks of the follow-up story Sacrifice. Complete the rafflecopter to enter the prize draw.

a Rafflecopter giveaway
Posted by Kiru Taye at 12:52

What a fabulous cover. So eyecatching!!!