A Woman of Independence and heart. 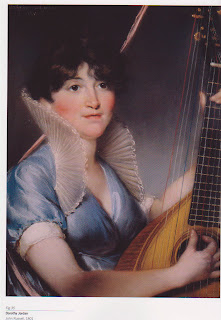 Despite seeing herself as Irish, the famous actress, Mrs Jordan, was in fact born in London near Covent Garden in 1761, no doubt where her stage-struck parents were seeking work at the time, and where she was baptized Dorothy Bland. Her sisters called her Dolly. She preferred Dora and adopted that as her stage name.

Turning to acting out of necessity rather than choice, her father having abandoned his family to marry an Irish heiress, she became known as the most famous comedic actress of her day. Dora began her career on the Dublin stage and became the sole source of income for her family from the age of sixteen. Suffering a sexual assault from the manager she fled to Yorkshire, already pregnant, where she went on the circuit to learn her craft. She endured much jealousy from her fellow actors, but her talent was soon recognised and she moved on to Drury Lane where her fame spread. 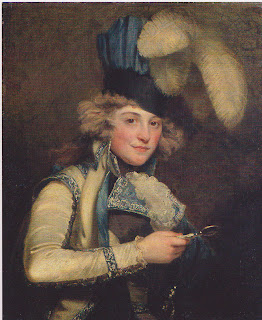 Not considered to be a classic beauty, her nose and chin being somewhat prominent, she nevertheless had the sweetest smile and the most alluring dark eyes, cupid’s bow mouth and rosy cheeks that gave off a healthy glow. Her expressive face was perfect for comic roles, as was her mop of brown curls. She was not particularly tall but had a neat, elegant figure, was articulate with good diction, and a voice considered to be strong and clear. Most of all she had vivacity, confidence and a natural stage presence. Her finest feature proved to be her legs, which were shown to perfection in her cross-dressing roles. Men in the audience worshipped those elegantly shapely limbs, considered by some to be the finest ever seen on stage. 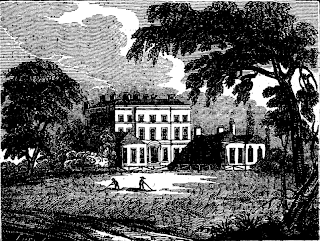 Ultimately she became mistress to the Duke of Clarence, later William IV, with whom she lived in contented domesticity at Bushy Park, for nearly twenty years, presenting him with ten children while striving to balance both career and ‘marriage’ as her modern counterparts do today. Her life was blighted by an insincere and weak father, a dependent mother, inadequate siblings, selfish children, and more than one man who betrayed her trust.

Her flaw was that she was perhaps a little too trusting, caring and eager to help those she loved, which proved to be her downfall in the end. She was a woman of great courage and independence, feisty, warm-hearted and generous to a fault. But when things started to go wrong she needed to call upon all her resources to survive. Yet she bore her troubles with astonishing good will, and to the end of her life never said a word against the Duke.

And following their separation the Duke collected as many portraits of her as he could find, so perhaps he did still love her after all. 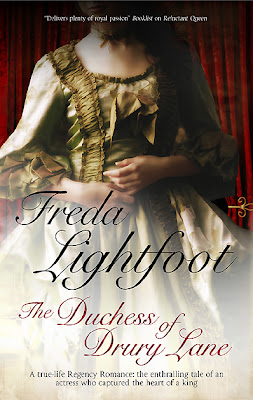 Available from all good bookshops and Amazon.
Posted by Freda Lightfoot at 08:30

Fascinating....of course have heard of her but glad to get more details...thanks...Jean