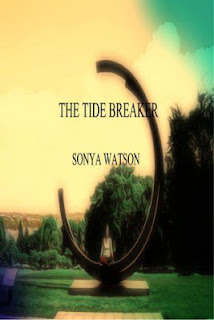 This is a highly complex mythological tale centred on the personal growth and traumas of Abrianna. It is undefined in time, apart from a brief flash of someone being spirited into 2010; in terms of locality, there is a brief reference to New York State. The action takes place against a background of inter-species conflict. The named species have their mythological bases. Homo Sapiens is in conflict with the Wendigoes (Cannibalistic spirits in Algonquin (Native American) mythology, the Nephilim (a race of giants in Canaan, described in the Book of Job ' the product of sampling forbidden fruit), and 'original fictional' tribes such as Primes, Strangelings and Elementals. One reference to Cwm Annwyn, the spectral hound of the Welsh otherworld - helping to make the piece truly global! I think a 'reader-friendly' guide to these groupings would be most helpful, as would be a roster of the characters, with synopses of their identities and functions.

These groups are in perpetual, interlocking conflict - ethnic cleansing massacres are ceaseless. The conflict assumes truly grotesque proportions. Not only do the warring factions kill each other, they plunder and transplant each other's vital organs - including mutated DNA, and suck each other's life-blood. Indeed, the story opens with the extraction of Abrianna's dead mother's heart (shades of speculations about Shelley's funeral!) The characters have magical, mythical resilience in withstanding and recovering from these lacerations. There are some mutations, and some return to life from death. One criticism I would make of the book is that so many 'surgical operations' get a bit repetitive - but then tastes differ.

Abrianna has her human and her superhuman aspects. She has some potential to be a 'weapon' capable of a decisive effect on the struggle between the species. As a human being, she is deeply divided, between lust and love, between callousness and sensitivity. She is enmeshed in a kinship web riddled with jealousy. Her suitors include Michael and Graham (a cloned Wendigo).

In spite of a repressive network of kinship and suitors, she "had developed into her own person, and now she wanted to explore the endless possibilities of being a strong, independent girl."

Abrianna's search for love is put into elemental, genetic perspective: "The soul was broken into two halves and scattered like seeds across the earth. Once they reached maturity they searched for their missing half, and if found, happiness was sure to follow." But later in the book, this assertion is, if not contradicted, severely qualified. "The merging of two souls was very rarely accomplished by those in search of it, and though they never yearned for such a bond, they attained it. As a complex person, she was acutely aware of the various levels of lust and love. Her first love was for Michael; she had a lesser love for Jonathan, and 'manufactured feelings' for Graham.

Her better nature is overwhelmed by a combination of what was genetically imposed on her, and her won desire for power: "Evil caught the eye of morality and like a restless spirit would never rest until it was stained with the blood of the innocent". In the end Abrianna is 'found guilty': "The universe had marked Abrianna for death since she tipped the balance scales in favour of chaos."

I am torn between desire for the destruction of a monster and bereavement of her warm, human qualities.

Posted by Lindsay Townsend at 14:53