The Great War and Theatre

World War One caused a boom in theatre going, but not necessarily to see plays. Many serious plays had to be withdrawn as they lost money. Most companies broke up on the backs of theatre-manager’s greed. These men often lacked the paternal care exhibited by the old actor-managers. They were far more ruthless and would quickly call a halt to a tour if audiences began to dip, and rising rents were a nightmare. 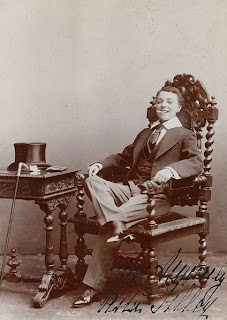 The war naturally brought a new surge in patriotism, both in drama and cinema. There were plays written about the suffering, but the emphasis was more on the humorous to attract the masses. There were many songs about the war, even women dressed as men (Vesta Tilley) as well as drama that was hostile to Germany. 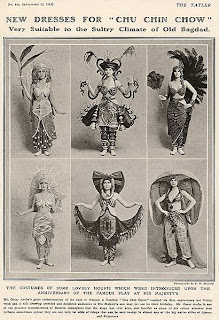 Soldiers on leave flocked to the theatres with their sweethearts, eager to be amused and entertained. Chu Chin Chow was a huge success. Starting out as a pantomime it ran for over 2,000 performances at His Majesty’s. A Little Bit of Fluff, a popular farce, ran for three years at the Criterion. Critics were vociferous against this kind of ‘vulgarity’ as they termed it. Others would complain there was too much Shakespeare and time for a change.

One of the famous names at this time was Lilian Baylis at the Old Vic, who persisted in presenting Shakespeare. She also started a fine repertory company and established a permanent company for ballet. Miss Horniman, who ran The Old Gaiety Theatre in Manchester, transformed it into a modern repertory theatre and continued to do plays of a high quality, but it was not easy with so many of the ‘stars’ being taken away to go on tour. She had a reputation as a caring employer, anxious to achieve a good reputation for her actors. She even considered a trade union would be of benefit to enforce managers to provide clean and safe theatres, and pay for rehearsals. In 1913 one theatre in Manchester carried a notice which read “this theatre is perfectly ventilated, cleaned daily by the vacuum process and disinfected with Jeyes Fluid.” But on the whole, repertory companies suffered badly, largely because they persisted in presenting the same old Victorian melodramas, perpetuating the myth that anything was good enough for the provinces. 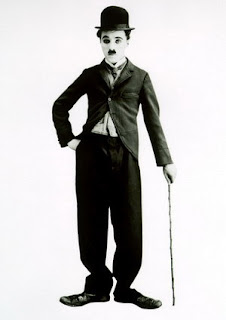 Films were the new popular treat, both at home and with troops in France, Charlie Chaplin’s in particular. It was estimated that by 1917 half the population went to the Cinema at least once a week as it was cheaper than a night out at the pub. Newsreels and propaganda films were also common. Performers would often entertain cinema audiences between films. Queues too would be entertained by performing dogs or a man playing a banjo or accordion. Then a collection would be taken up for the soldiers and sailors.

Benefit performances were held to raise money to entertain wounded soldiers; just as there were Tank Weeks, or fund raising for an ambulance. Matinees too would be held to buy x-ray or other first aid equipment.

The greatest rival to cinema was the music hall with concert parties and visits from famous artists to the camps and rest areas.

Harry Lauder was a great favourite of the troops as he tirelessly toured France, getting as close to the front line as possible after his only son was killed there in 1916.

Having been involved in amateur dramatics all my life I love the theatre, and have collected many books on the history of it, famous actors and so on, so I love to write about it and have touched on this theme in other books. But it was Harry Lauder’s story, and that of Miss Horniman, and also reading an old book called Travelling Players by Eleanor Elder, published in 1939, which gave me the inspiration to write Kitty Little. 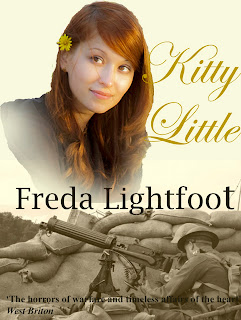 I based the LTP’s on Eleanor Elder’s story, whose great wish was to bring the Arts to the masses, and on that of the old Blue Box, otherwise known as the Century Theatre. This was a collection of mobile blue vans that trundled around northern towns until the number of trailers grew so big and cumbersome that it parked up by the lake at Keswick, and stayed there. Now it has gone, replaced by the beautiful Theatre by the Lake, pleasing locals and tourists alike.

I hope I have done justice to the enthusiasm and pleasure these wonderful people have brought to their own audiences in my fictional tale. I’d like to think that Kitty is there in spirit, acting on that wonderful stage.

You can buy it on your Kindle from Amazon:
Posted by Freda Lightfoot at 09:00

What a very interesting post, Freda! So very different from the norm. I hope you are still involved with the theatre.

Fascinating. I'm going to have to read this book.

My Great Uncle was an actor for a time at Miss Horniman's theatre, The Gaiety, and of course Vesta Tilley used to own a house near here. The vandals (Council) sold it to a builder and now there are rather boring houses on the plot.