Hello, I would like to thank Lindsay for having me here today and would also like to say its a pleasure to be hosted by someone else who is a UK author. I'm very grateful to have the chance to be here with all of you.  All those readers who are reading this and don't know who I am. I'm Kristal McKerrington. I have put a little about me below along with my latest release and the three coming soon pieces I have. I hope you enjoy them and look forward to hearing back from you the British readers.
Kristal McKerrington is a twenty one year old writer from Scotland, UK. She has a love for Scotland and for Vikings. Kristal has only recently started to publish with Publishing, she lives with her boyfriend in the heart of Glasgow. Kristal also has a love for going out with her boyfriend on their motorbike and spending long ours soaking in her bath tub writing her stories.
She is the current author of the following books in order of their release. 'The Highlander With The Ink', which is apart of the Tattoo Anthology Volume 1' (now on Amazon), 'Freedom Is Earned' (now available on Amazon), 'Shetlands Immortals: Against My First Love', 'Leather Bound Hearts and A Different Life: A Christmas Tale of Two Heart, which are both apart of the Sweet Christmas Anthology', along with 'Immortal Chief's Christmas With King Arthur'.
I would like to introduce to you first. 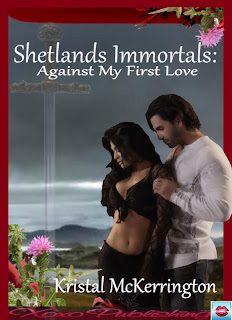 Shetlands Immortals: Against My First Love
Blurb:-
'Carla McBain was just an ordinary sixteen year old girl, until one late night in October; Carla was murdered in her dorm room. Carla was scared until Oscar and Daryl meet her on her return to the Islands, to meet her parents.  After confronting her, they realise that she is a new Immortal.
After staging her death, the pair convinces Carla to return to their Holy Ground, where they tell her everything that they know. They train her until the day comes that the Islanders grew suspicious of her presence there within the Old Viking Temple.
Deciding it’s safer to leave, they head out into the night in search of someone else who can tell them the truth about why they are Immortals. What will they find?
Can Oscar and Daryl survive outside of the Temple with a young Immortal?
How did they end up Immortal and why are they protecting her?
What happens when she meets her first love who is responsible for her being Immortal in the first place?'
I would like to now introduce the next two pieces I'm have released under 'Sweet Christmas Anthology' with publishing. 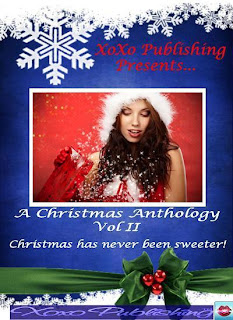 A Highlander Norse God Story:
Leather Bound Hearts
Blurb:-
'Fernier and Tina, are two young demi-gods in the big sea of the Norse God's love, they are the children of bitter enemies.  When these two fall in love and decide they want it all, what will Odin and Loki do?  Can they accept a marriage that brings them together? Will they stop the cycle?'
A Different Life: A Christmas Tale of Two Hearts.
Blurb:-
'In a world where there is no certainty, a woman, who did what was believed impossible, fell in love with two brothers; Two of the best wrestlers in the world.  Only now this Christmas the beginning of her long journey starts with the end when Layla decides to share part of the ending of her story in this Christmas Tale that challenges not just the brothers, but the bounds of loyalty and love.' 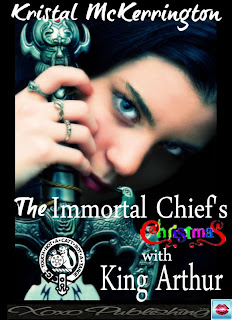 Immortal Chief's Christmas With King Arthur
Blurb:-
'The Immortal Chief tells the tale of his Christmas with King Arthur. How he meets Krystal-Marie, and saves King Arthur from becoming and immortal too young!  What will happen between the two of these young Immortals who have walked into the unknown together?'
I would like to thank Lindsay once more for having me along with Amanda for the great covers, Gina for giving me a voice and for all the editors who has worked really hard with me.  I would like to thank to everyone who has been reading my books and supporting me.
You can buy stuff here.
http://www.xoxopublishing.com/shop-online/
Highlander With The Ink's Amazons Link:-  http://www.amazon.com/Tattoo-Anthology-Vol-ebook/dp/B004G5ZUAA/ref=sr_1_2?ie=UTF8&m=A7B2F8DUJ88VZ&s=books&qid=1292355652&sr=8-2
Freedom Is Earned Amazon's Link:- http://www.amazon.com/Freedom-is-Earned-ebook/dp/B004FV5BQS/ref=sr_1_1?ie=UTF8&m=A7B2F8DUJ88VZ&s=books&qid=1292355652&sr=8-1
I hope that Lindsay will have me again and good day to you all.
Kristal McKerrington.
Posted by Lindsay Townsend at 08:00

I just happened to be scrolling through my blogs I read and found you, Kristal! I didn't realize you were here! So glad I found you!!!

Wishing you many sales darlin!