The inspiration for my medieval historical romance, "Plain Harry" 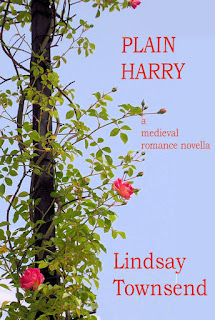 The inspiration for my medieval historical romance, “Plain Harry.”

The wounded warrior is a powerful archetype and one I find fascinating to explore in romance. I love writing strong heroes but heroes without flaw, without fears are blank. Wounds of any kind, physical or of the spirit, give me a starting point to develop a character.
Harry is one such character. As a result of childhood small-pox, he has many scars. Isolated and mocked for his appearance, he believes he is ugly, both inside and out. Esther, my heroine, sees him as more than his scars and recognizes him as the knight and hero he truly is.
Esther, too, is damaged. A widow, she has emerged from a terrible marriage where she was beaten and broken down. Lacking in confidence, she needs to discover her self-belief.
These two wounded characters gave me the starting point and inspiration for my story.

The setting also gave me endless ideas. I love the British woodland and countryside, the seasons and weather and different skies. I love the flowers and scents and feel of grass and bark, the sounds of birds and calls of forest animals. In my “Plain Harry” I tried to bring out my delight in the land.

I’m a member of the British Woodland Trust and the Yorkshire Wildlife Trust. I walk in my local woodland every day. I love British classical music for its fey elements and enjoy reading old fairy tales. My hubby and I are looking forward to gathering strawberries, raspberries and gooseberries in our garden, with redcurrants and blue berries to follow. Sometimes he or I pick through “Curye on Inglysch” a compilation of 14th century cookbooks, to try and adapt things as a change from an everyday diet. It’s great fun!
Recovering from a brutal marriage, Esther is living quietly as a widow when a letter from her brother Sir Stephen destroys her contented life. Stephen orders her to marry Sir Henry—but who is this “Plain Harry” and how will he treat her?

Here is Chapter One, to give you the beginning of the story.

Esther knelt on the floor of her still room, the one place she would be undisturbed, and forced her fingers to uncurl. The scrap of parchment in her hand dropped to the tiles she had so proudly swept that morning. She did not need to read the letter again, since its terms were already seared into her mind.
Sister,
I offered Sir Bertrand D’Acre an insult for which he challenged me. As I have still a broken arm from a previous duel, my place was taken by Sir Henry Leafton, who fought as proxy as my champion and won. Sir Henry asks to be remembered to you. He met you at court last midsummer with your then husband Sir Edmund. As you are now a widow, Henry wishes to court you. I have agreed to the match.
The day after you receive this letter from my herald, Sir Henry will call on you. You will know him. You will be obedient to him. Be ready. We owe him a great debt.
Sir Stephen Armstrong. 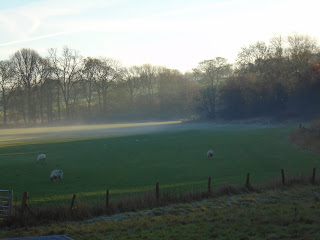 Posted by Lindsay Townsend at 10:16