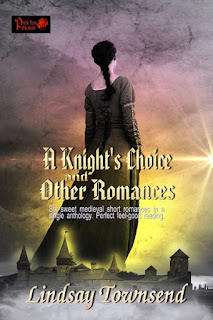 Just in time for Summer Holidays..

A Knight's Choice and Other Romances


A Knight’s Choice—Morwenna must marry to satisfy her family’s ambitions. Her choice is one of two brothers, but which?


Midsummer Maid—The romance and magic of Midsummer works for everyone—including a beautiful dairymaid and a less-than-handsome woodsman.
The Philosopher and the Herbalist—A light-hearted Not-Beauty and Not-Beast tale, with a romantic twist.
The Bridal House—Alis is reluctant to marry. Her betrothed presents her a beautiful bridal house that might help her see matters in a happier light.
The Seal of Odin—A dark tale of romance set during the age of the Vikings and early Christianity. Sometimes, love is found where we least expect it.
Ugly Meg—Once pretty, now scarred, Meg lives and works in seclusion in Bath—but other jealous guild members are plotting against her.  Will fellow carpenter Matthew Warden come to her aid? If so, what will be his price?
Available from Prairie Rose Publications for pre-order, and free to read with Kindle Unlimited.

Here's an excerpt from one of the novellas.

“Do you think it will work?”
Recognising his father’s voice, he flattened himself
against the wall, where the shadows were deepest. Just
as he was about to berate his own misguided, suspicious
instincts, step back into the flickering torch-light and
greet the pair, his brother replied.
“We keep the whispers alive that my dearest brother
is little more than half a wolf, with worth only for
fighting.”
Is he right? In the heat of battle, he knew he was a
beast. Shame quickly smothered the rage he felt at his
brother’s casual admission of rumour-mongering.
“Folk will believe it, especially when he rides to war
in wolf pelts and rarely takes hostages,” his father
gruffly acknowledged, “though the witan liked what he
did, rescuing your dam. I did, too.”
Thank God above. At least that affection of father’s for my
mother is something.
“Yes, yes,” sounding sulky, as he always did when
thwarted, his brother waved that off. “Now, the Lady
Morwenna—”
A pretty name. Pressing his limbs even harder against
the stones, ignoring the flare of pain in his wounded side,
he wished he could prick his ears and listen more closely.
“The alliance with her father and kin will be useful,”
his father remarked. “The De Charnys are near-brutal
fighters like your brother.”
“But I do not want to be married forever to the girl!
You know how the herald described her, ‘Slight and
scarcely fair-skinned’—which means she is skinny and
dark! I would rather lie with a moor!”
Slight can also mean delicate, bewitching, but my brother
refuses to see it.
“My son, not all wenches can be as delectable as your
Agnes.”
“Agnes has born me boys, strapping hearty souls.
That creature will not give me spit.”
“The lord has not yet chosen between you and your
brother. My council insist that the pair of you travel to
your betrothed’s kingdom, to escort her back here with
all state.”
“Oh, please! As if any would choose him, whatever
state he shows. And if it be up to the girl, well, no
contest.”
So sure of his charms! But then he does have a way with
women.
“No,” his brother continued, speaking carelessly,
certain, at this early hour and in this quiet part of the
castle, that no one would overhear, “I will have the girl,
bed her a few times, make a rumour she is barren and
send her packing, back to her kin. That, or arrange an
accident.”
“And marry Agnes, pass her sons as legitimate?”
“My boys, old man. Yes, to the rest, since you will not
let me wed my mistress now.”
“We need the De Charny alliance, my son. Though we
bear the same name as William Marshal, we do not yet
have the renown, or the lands.”
“I know!” Grumbling, his brother stalked on, their
father trailing only a step behind.
And now I know what they think of me, how they plan to
use me, and plot to destroy another. Not while I live and
breathe, no.
Somehow, however much it goes against my nature, I must
learn how to charm and court, and quickly. And fight the wolf
within myself. 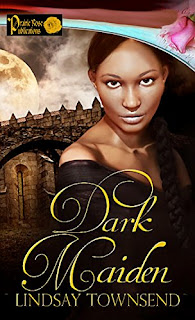 I hope you enjoy these!