Escape to the Country by Lily Harlem 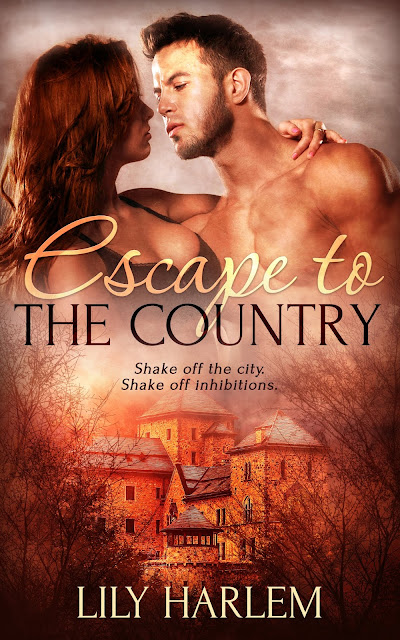 My popular, and particularly filthy story ESCAPE TO THE COUNTRY has had a revamp. Beautiful new cover art by STUDIOENP.

London life is hard going for Annie and Tim, and despite being in love, they're just not hitting the spot in the bedroom.

So, in an attempt to put the steam back into their relationship, Tim whisks Annie to the Cotswolds to visit Matt and Jane his uber-cool, sexually liberal friends from University.

As the temperature heats to melting point in the chocolate box cottage so does the sex, and Annie, with the help of her hosts, discovers a variety of hidden carnal desires, not just in herself but also Tim.

Please Note - This book contains ménage scenes and both M/M and F/F intimacy and is written using English dictionary spellings.