FROM BARD TO BARNARD - Romance with a twist 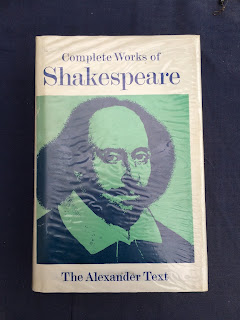 2016 is a highly significant year for fans of William Shakespeare.  On April 23rd, we will commemorate four hundred years since the Bard of Avon shuffled off this mortal coil.

My first encounter with Shakespeare was at secondary school.  Then, as now, studying his works was a non-negotiable part of the English Literature curriculum.  Like most stroppy teenagers I found it very hard to understand the plays, and even harder to understand why anyone in their right mind would ever want to read them.  Faced with a few hundred pages of solid text written more than three centuries earlier, and in a near-incomprehensible style into the bargain, our collective response was “What on earth is the point of all this?”  (That, at any rate, was the gist of our collective response…)

What we stroppy teenagers had totally failed to appreciate, at least at first, is that the plays are not meant to be read in the same way that one would read novels.  They were written for performance.  It’s only when the text is translated into speech and action (on stage, screen or radio) that it really comes alive – and nowhere is this more apparent than in works which consist entirely of dialogue.

In an attempt to keep us interested, our English teacher allocated the main parts in the play to members of the class, and the key scenes were acted out at the front of the classroom.   Our efforts were hardly RSC standard, but they did serve as an early lesson in the basic principle of “show-don’t-tell”.  After this, Shakespeare did begin to make some kind of sense.

The play which we studied for O-Level (the equivalent of modern-day GCSE) was Julius Caesar.  As I struggled with the idiosyncracies of rhyming couplets and iambic pentameter, little did I realise that more than forty years later this very play would form the backdrop for what was to become my third romantic novel. 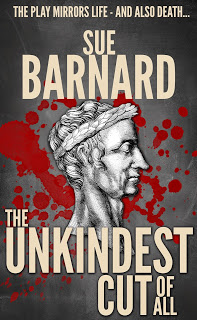 The Unkindest Cut of All is a murder mystery with more than just a dash of romance.  It is set in a theatre, during an amateur dramatic society’s production of Julius Caesar.  The novel’s title is adapted from a quotation from Mark Antony’s crowd-turning funeral speech after Caesar’s murder. 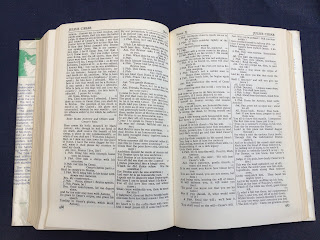 I’ve drawn on my love of the theatre and my own experience of am-dram backstage work to create the setting.  But the plot and the characters are, I’m happy to say, pure invention!

In the story, the part of Caesar is played by Brian Wilmer, who is the by far the company’s best actor. Unfortunately, he knows this – and he makes sure that everybody else also knows it.  As a result, over the years he has made himself extremely unpopular with cast and crew alike.

In this extract, which takes place halfway through performance week, Brian is trying his charms on Sarah, one of the backstage crew (who also plays the part of Soothsayer).  At the end, you will details of that very special offer…

Now for that very special offer.  For this week only, the e-book of The Unkindest Cut of All is available for download for just 99p, or the equivalent in your own currency.  That’s considerably less than the price of a cup of arty-farty coffee.  Click here to be taken to the Amazon links for your own country.  Go on, friends, Romans and countrymen – what are you waiting for?