Halloween, All Saint's Eve, October... a time of endings and beginnings, a time of enchantment. The authors of the British Romance Fiction blog have come together to celebrate this moment with their own stories of magic - magic of the paranormal and the everyday.

Take a look - some titles are FREE!

Hywela Lyn. 'Dancing With Fate': Enter a world of enchantment and magic when a Greek muse meets a man with a destiny, and two legends become entwined for all eternity.

The Consolation Prize Chloe wins four days at a spa but arrives to find the other guests who have unusual eating habits don't come out in daylight, and who is that naked guy chained in the basement?

Falling For You Every month when the moon is full, Jo has an uncontrollable urge to jump every man she sees but she runs from tempation only to find herself as dinner when she falls into a hole and lands on a vampire. http://www.loose-id.com/falling-for-you.html

Lightning in a Bottle Erin's fun, exciting and a bright flash of light in Felix's life, but there's a snag, she won't stop biting his neck. http://www.loose-id.com/lightning-in-a-bottle.html

The Misfits Holly is a hopeless faerie whose uncooperative wings land her in the arms of a vampire and a werewolf but instead of running away, she doesn't want to leave.

Fight To Remember A vampire trapped in a rocky grave, a girl who for the past eleven years can't remember who she is when she wakes and a werepuma bound to a demon and forced to fight in her deadly club - the world of three collides but for three to live, one of them must die.

Linda Banche 'Pumpkinnapper' - Pumpkin thieves, a youthful love rekindled, and a jealous goose. Oh my! Theme: Enchantment of a second chance at love, or Autumn, or Magic Holiday Romance.


All Souls, a story in the Royal Navy anthology Sail Away.

On the night when the veil between this world and the next is thin, a malevolent enemy returns to destroy Will Marshall, the man who vanquished him years before. Only David Archer can see or fight him, but what weapon is any use against a ghost?

Four friends unwittingly chase the happily ever afters they believe are confined to the world of fairy tale fiction - but will they every start living the once upon a times they hoped for? 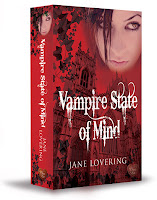 Jenny Twist. Bedtime Shadows:  A Victorian Dolls' House When Violet sees the dolls' house in the antique shop she has to have it. But the Delacorte House is no ordinary dolls' house. Is it enchanted?

This anthology contains two ghost stories, one were-cougar and one vampire. Something for everybody!

Away With the Fairies. (Magic) When Lucy walks through the wall only her sister knows she's gone to Fairyland

Spellbound 2011 (Halloween) Uncle Vernon There’s something very peculiar about Uncle Vernon. Nobody knows what he does in the cellar at Halloween. But he’s quite harmless, really. Isn’t he?

Take One At Bedtime (Paranormal) A girl who can kill just by thinking of it, a vampire, an old lady who wreaks dreadful vengeance, and a variety of ghosts. What's not to like?

Warm Christmas Wishes (Magic) Jamey and the Alien Jamey only wants one thing for Christmas.He wants his Daddy to come home. But first he has to kill the alien. Will Santa Claus use his magic to help?

Winter Wonders. (Paranormal) Mantequero Ignacio is the perfect holiday romance. Not only is he handsome and sexy but he makes you lose weight. A lot of weight!

Charlie Cochrane: The Shade on a Fine Day  Eight for dinner at the Canon's table means the potential arrival of a ghost.

Music in the Midst of Desolation Tag line: Old soldiers never die – they get whisked straight back to earth to take part in angelic “manoeuvres”, but why does their mission have to involve the men they left behind?

Lindsay Townsend: The Snow Bride. She is Beauty but is he the Beast? Medieval romance, enchantment and magic in a winter, snowy landscape.

A Christmas Sleeping Beauty. Can the prince wake beauty in time for Christmas or will she sleep forever?

A Knight's Enchantment. A beautiful alchemist and a valiant knight join forces to free their loved ones - and find an explosive passion...

This book is FREE on Amazon from the 27th – 31st October.

The Cottage in the Woods: Is a paranormal lesbian shapeshifter story.

Susie White and the Right Hand Man: Is a paranormal/fairy tale love story.

Dangerous Deceit:
'In the midst of danger and intrigue, Lydia Hetherington begins to fall in love with enigmatic Lord Marcus Sheldon during an enchanted evening at Vauxhall Gardens in 1813.’ 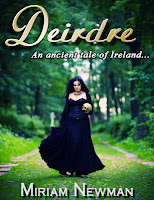 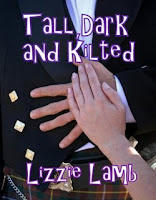 Copies of “Once Removed” are available in paperback or e-formats.

Promise Me
and
Broken Promise

My paranormal romance series includes all manner of paranormal beings, from vampires, witches, demons, werecougars, werefoxes, and the first book takes place in the fall, complete with a Hallow's party on Halloween.

My paranormal action adventure series revolving around the weresnake Lash in the 1920s and 1930s also includes vampires, witches, demons, and many werecreatures.

Tales of vampires running the gamut, such as my romantic Night Music about vampire human love and Partners, about the bond of friendship between a vampire and a werecougar.

Short stories of supernatural, paranormal justice, such as the title story, The Hunt, Night Cry, and others.

Madeline discovers the true secret of the old mansion called The Chalet; a seductive spirit whose undying love has waited decades to claim her for its own.

Short YA stories involving animals, such as Heart's Solace, the love story of a tortured werecougar, and a Russian girl's fight to save him from his enemies.

A Quick Bite of Flesh

Tales of zombies of scifi and paranormal creation, both funny and bloodcurdling.

Jane Richardson. Edinburgh Fog. Greg was crazy ever to let Julia go. Will she give him another chance or leave again—this time forever?

Of Water and Dragons

Of Water and Dragons weaves together the Roman history, Celtic lore and magic of ancient Britain to create an unforgettable story of love and sacrifice.
Buy link: http://kelleyheckart.com/BookShelf.html

Blending Celtic lore, history and magic, Ravenwolf takes the reader on a journey to an ancient land filled with spiteful goddesses who threaten to tear Ambiorix and Nemu apart.
Buy link: http://kelleyheckart.com/Ravenwolf.html

Morgaine, Queen of the Faeries, will do anything to save Avalon, but is she willing to sacrifice Lancelot, the only man capable of filling her heart with love?
Buy link: http://kelleyheckart.com/white_rose_of_avalon.html

Where do you start when you're spoiled for choice like this?? They all look fabulous!!! Thank you, Lindsay. :)

Some great titles, Lindsay. Will retweet on both my twitter sites. Now I understand what I should have done to feature here. Will be ready for the next blog Lindsey. Pleased to say that I've read at least three of the books featured. And happy birthday to Rosemary, too. Lizzie Lamb

Thanks for doing this Lindsay, some wonderful titles here, including 'Winter Wonders' which as well as many great stories also includes one by my dear friend, the late Sharon Donovan.
Happy Birthday Rosemary from me too.

Thanks, Lindsay!! Wow, what a choice!

Thanks again so much for this, Lindsay. I'm so pleased to be in such good company! :) Happy Halloween to everyone! :)