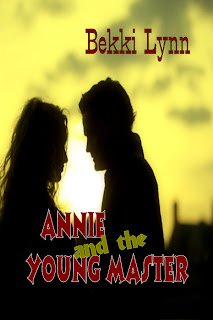 She scanned the room, taking in the gowns of reds, greens and blues, even gold, silver and purples. They made her pastel pink dress feel drab. Stepping back to take her leave, her eyes landed on his. He came toward her and she froze. How was she going to escape?

He stopped before her and bowed. “May I make your acquaintance?” he asked. “My name is Samuel Wadkins.”

Manners led her to curtsy. “Excuse me. I can not stay.”

He held his hand out to her. “I’d be pleased if you danced with me.”

His eyes held hers when they met. Lillian could not deny him. With her hand in his, he led her to the dance floor and laid a hand on her waist. She followed his lead easy enough, having danced with her father many times around the house.

“Would it matter?” she asked, her eyes lowered, voice quiet.

“Many questions. Am I to believe you’re in training for service?” she asked, tilting her head to look up at him.

Samuel’s hand tightened on her waist as he whirled her around the floor, stopping to twirl and dip her. He held left her bent over his arm longer than necessary, his eyes penetrating hers. She worried he might see familiarity in her depths. Part of her wished not, part of her was glad to be near him even if she suffered another cold dip in the water to cool her wanting of his body. His eyes began to darken with desire and she shivered. If he laid her out now on the floor and loved her, the onlookers would be forgotten.

He drew her up, saying, “I feel I’ve seen into your eyes before. They’re such a unique blue, between the sky and the night.”

“It’s the lighting, maybe the event,” she murmured. Her heart pounded from both the dance and the desire steadily rising from being near him and remembering what it had felt like to have her body with his.

“I shall like to dance with you all night.”

She didn’t know what to say, but the change in the music temple set them off on a waltz. They glided around the floor as if they were alone. For her it seemed so. Their eyes watched one another as they whirled among others. If his could be trusted, he saw into her soul, the depths of heart. No laughter came from what he saw, but rather his eyes darkened with the same need she'd seen that morning too many fortnights ago.

When the music ended, he drew her close to him. She felt his breathlessness equal hers, from activity she would have believed had she not seen the growing need spread over his face. Was he so easily taken he couldn’t control himself? This thought pricked her heart, but she wanted to believe somewhere deep within him, a particle of him knew she to be Annie. It could wishful thinking or a way to save her heart for the moment, maybe.

He led her toward a table and handed her a glass of punch before guiding her through the nearest open door. She found herself in the night air, welcoming the breeze.

“I used to wonder about these affairs, but then I was sent off to school before I could attend.”

“Is it everything you imagined?”

“Yes, and no,” he said, closing the respectable distance between them. With a finger, he tipped her chin up. “There’s something about you, familiar.” His head bent near her ear and he whispered, “My body claims to know you in ways it desires.”

She swallowed and took a step backward. “Did your school teach you to be so forward?”

“Pardon my bluntness. I’m not normally brash.” He took her glass and set it down on the nearby table. “Shall we?” he asked, extending his arm.

Relieved to return to the dance floor, she wished for the normalcy the night should have had. Maybe know Samuel in an accepted sense of what's proper.

The chimes of a clock reached her. She listened and knew it to be the hour of ten. She must hurry home. Before the music began once more, she reached up on her toes and whispered in his ear. “Blessings to you, Samuel.” Then she turned to leave, but he pulled her back, holding her to his body.

His mouth claimed hers, releasing a hunger she should have kept back. Rather she drank and gave as she’d done that morning many weeks ago. The quiet of the room disturbed her and she pushed at him to let her go. “I have to go.” She ran from the room.

She heard him, but went for the buggy sitting beside the nearest carriage rather than wait for it brought up.

“Annie!” he called after her again.

Email ThisBlogThis!Share to TwitterShare to FacebookShare to Pinterest
Labels: Annie and the Young Master, Bekki Lynn