The Silk Tie by Lily Harlem 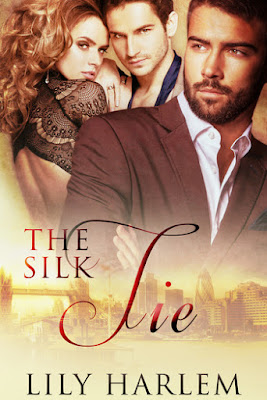 Only from Amazon - free on Kindle Unlimited!

"If you enjoyed The Glass Knot you'll LOVE The Silk Tie."

Professional life in the City of London is tough going which is why my husband Gabe and I live by the motto work hard and play hard. So when something, or rather someone, comes along that changes how he wants to play I’m intrigued by our sexy new game.

But there's always private sides to the ones you love, and in this case new thoughts and desires are stealing Gabe’s dreams. It’s not until I meet Brent—gorgeous and sophisticated yet soul-achingly alone—that I begin to understand the complex layers of Gabe’s needs and exactly what I have to do.

But I’m not afraid; in fact the idea of two men turns me the hell on. In a whirlwind of romance, fear, desire and a new cresting wave of passion we open up to each other, testing the water for one weekend only. Or is it? Will we ever be the same again? Can Gabe and I survive our decision to let a third into our bed? Can Brent just walk away and, more importantly, will we let him?

I am highly recommending this book. In fact, I want to climb a mountain and shout out to anyone who will listen, "READ THE SILK TIE!!!" It's a story that will stay with you long after you have read it.

I absolutely loved this book. The entwining of a happily married couple with a man who is going through a divorce.

The heat level on a scale of 1-10 was an 11!! The characters in this book were very well written and easy to love. They has such a dynamics that made you fall in love with them. If you like hot, sexy menage books, this book is for you.

This is one of the hottest books I have ever read, I could not put it down. 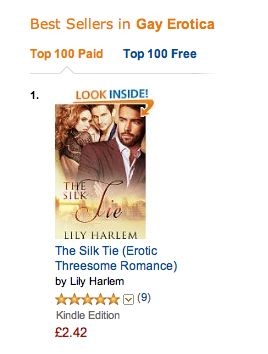 Amazon Best Seller!
Posted by Lily Harlem at 08:04 No comments: 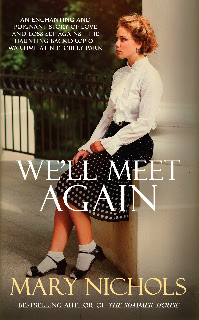 Website: www.marynichols.co.uk
Posted by Lindsay Townsend at 08:00 No comments:

Brit Boys: On Boys - ON SALE 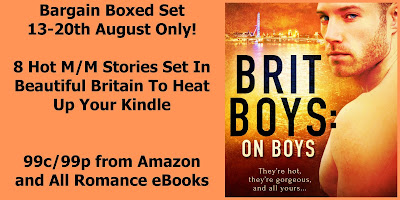 For one week only you can grab the steamy M/M boxed set, Brit Boys: On Boys at a bargain price. Immerse yourself in eight sexy novellas by eight of the hottest British M/M authors - includes my story The Chase - all characters are British and all locations are in the British Isles, go on, what are you waiting for, come be seduced by these sexy English, Welsh, Scot and Irish men... Need more convincing, check out the many 5* reviews! 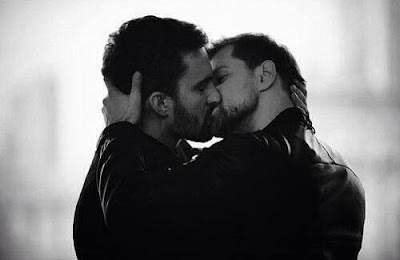