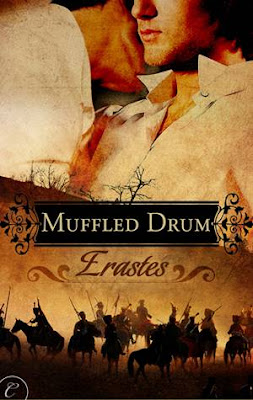 It seems to have been a long time coming but today, my first novella for Carina Press comes out - Muffled Drum.

Set in 1866, during the Austro-Prussian war, it's a road trip, and a love story between Mathias Hofmann, a young Lieutenant in the Prussian cavalry and Rittmeister Rudolph von Ratzlaff, a man of wealth and status.

Afraid that their love will be eventually cause notice within the Regiment they decide to commit social suicide and to resign during an actve campaign. But when Mathias goes to his lover's tent after the battle of Gitschin, Rudolph looks at him without a glimmer of recognition--a fall on the battlefield has knocked two years of memory clean out of his head.

The story has themes of the nature of friendship, and loyalty--as well as exploring memory and the early treatment of it.

Here's a snippet which I hope will whet your appetite:

Mathias’s heart gave a lurch of empathy. How much anguish there must be in those few words for a man like Rudolph, and for a moment Mathias understood just how frustrating and frightening it must be for his friend. “Call me Mathias…Rudolph? Will you? You know we’ve been friends, so let us get back to that familiarity. Perhaps it will help.”

For a moment Mathias wondered if it would help if he made advances to Rudolph, especially now Goertz was out of the way. Perhaps it would jolt something loose. The only things stopping him were the risk of being rejected and the fear of what the medic had said, that a shock could cause permanent damage. Both fears were as bad as each other. He could ride along ragtag at Rudolph’s skirts forever, he was sure. Pretend to be nothing better than a friend, if it meant he could stay close to him. But to be rejected, and to have no choice but to leave him forever? He didn’t know if he was ready to take that risk.

Rudolph brightened for a brief second. “Yes. I think that would suit me…Mathias. Thank you. I want you to know,” he added, “it saddens me that I remember nothing of our time together. I don’t miss the unpleasant things I’m sure must have happened— I’m sure I’ve lost many people I knew. Friends, men in my command, died under the enemy’s fire. One day perhaps those sadnesses will return to me and I’ll wish they had stayed away. But I’m sure we’ve had good times, if half your stories are true.”

With a grin he didn’t really feel, Mathias raised his glass. “I swear they were all true. We’ll make plenty of new ones.”

They drank heavily that night. Neither of them were light drinkers at the best of times, but provisions had been scarce on the road and they made up for it. It was as if both men knew that once they arrived in Berlin things would change for both of them—even though Mathias couldn’t see that far ahead.

At first they drank alone, and when they became noisy and began to sing, they were joined by soldiers at the bar, and then, when the group became noisier still, by soldiers from the street. It was so much like old times that Mathias could almost imagine their old colleagues from the Fifth around them. The two of them sang regimental songs and gradually other men joined in, soldiers all, beautifully united in sound.

Mathias let the moment wash over him as he listened to the voices and feasted his eyes on Rudolph, who was always magnificent when drinking, even when entirely in his cups. His voice was deep and clear, and he’d obviously forgotten none of the words. His glossy moustache quivered with every movement of his lips. Mathias found it hard not to reach out and trace his fingers over that moustache, the way he used to when they were alone together.

Eventually the party broke up and, when there was almost only themselves left in the bar, Mathias struggled to his feet, hardly able to keep his eyes open. Rudolph followed suit and arm-in-arm they staggered upstairs, with Rudolph breaking into song every few steps. Mathias’s mind, muddled with drink, let himself step inside Rudolph’s room—and it felt so right, so natural—but when Rudolph turned a surprised look upon him, as if completely confused as to why he was there, Mathias passed it off with a laugh and said, “Must be more drunk than I realized. Don’t have to share a billet now.”

He gave a short bow and left, wishing he’d been a lot more drunk. Drunk enough to just kiss the man, or damned well drunk enough not to care one way or the other.

Buy at Carina or most ebook vendors. 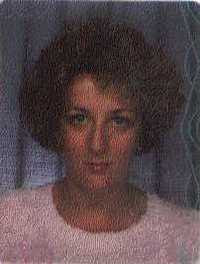 Erastes is the penname of a female author who lives on the Norfolk Broads in England. She writes and obsesses about gay historical fiction, and runs "Speak Its Name" the only review site that specialises in the genre. Check out her website for details of her many novels and short stories.
Posted by Erastes at 12:07

I think you have a fabulous title here. I find titles so tricky.
Congrats, Erastes. The book sounds great.

I was intrigued to read about a story involving the Prusso-Austrian conflict of 1866. It's very rare that you ever see any stories about this in the English language. It must be an exciting one-of-a-kind, in the fact it's historical homo-erotic romance - which is quite bold.

Bold, not because of today's standards, but because of the historical standards. For instance, you mentioned your Matthias Hofmann aquited his officer duties before being discovered as a "sodomite" (as it was known back then). I am quite curious as to how you solved this from a historical standpoint, since your research must have shown that no Prussian was simply able to "quit" the Prussian army, especially in the midst of a battle conflict. Unlike the British Army (such as in the novel "The Four Feathers"), quitting was considered cowardly and disgraceful in the British Army. It was social suicide.

Quitting the Prussian Army (even as late as 1866) almost always involved a courtmarshal and a "Spießrutenlauf" - a form of torture, where potential desserters were brutally whipped by their comrads. Besides this, "sodomites" were usually hanged, once their acts of passion were witnessed by other comrads who were reviled by homosexual love.

It's not to say it didn't exist, for the last King of Bavaria was most certainly gay and in love with Richard Wagner. However the chances that any junior officer of the Prussian could simply resign from office were deminishing, unless, like in the novel "Barry Lyndon", there were special unusual circumstances, such as in Barry's case, where he was more useful as a civilian spy than a Prussian officer.