Can a bestseller be made, or is it pure chance?

Is a bestseller created by the author, or by the publisher? Or does a book’s popularity depend upon that mystical quality: word of mouth? The answer could be all three. A book needs to be well written but also have wide appeal and be commercial to succeed. The writer’s task is to produce the best book they can. The publisher’s is to take that product and get it out into the widest possible market, which may include supermarkets, special deals, book clubs and sales of large print or audio. But both publisher and author must work together to publicise the book so that it gets picked up by enough readers to make word-of-mouth possible. If the reader likes what she reads, she’ll spread the word among her friends, but that doesn’t let the author off the hook. Publicity and promotion is an on-going task, very demanding, and, if over-done, can actually be off-putting, thereby achieving the reverse of what was intended or hoped for.

Proud Alliance was first published by Mills & Boon, and is now a best seller on Kindle. Why? I have no idea. 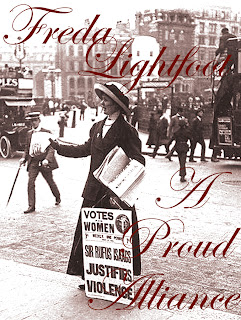 The Honourable Felicity Travers learns she is expected to marry the entrepreneurial Jarle Blakeley, the man she believes responsible for her father's bankruptcy. Inspired by the suffragette movement, Felicity intends to be a modern woman and make her own decisions. Blakeley proves persuasive, if lacking in romance. But with secrets still to be told, does the marriage have any hope of success?

I am frequently asked when taking courses or giving talks, what is the secret of success? How do you become a best selling writer? Sadly, there is no magic bullet, except perhaps hard work. Studying the market can only tell you what people liked yesterday. Speaking as an ex-bookseller, as well as a long established author who has had some books in the Sunday Times best seller charts, I’d say there is no way to predict the next big thing.

And do publishers always choose winners? No. Despite often throwing a great deal of money at a book, it can bomb, and nobody can say why. The opposite is also true. Publishers are equally good at missing winners. Many missed the chance to publish William Golding's Lord of the Flies, The Very Hungry Caterpillar, and JK Rowling's Harry Potter.

But writers do have a second option now. If they don’t get picked up by a publisher, or they do for a time and then get dropped, they can publish themselves, or put up their back list for a second bite at the cherry. These are exciting times with increasing opportunities for writers. But ebooks aren’t an easy road to bestseller-dom, despite the marvellous stories being banded about Amanda Hocking, Stephen Leather and Konrath. 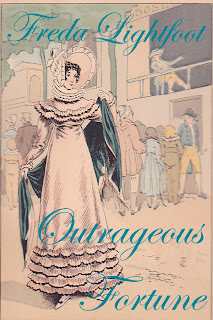 Wilful and beautiful, Charlotte Forbes is to inherit a fortune on her eighteenth birthday. But Sir James Caraddon, the rising star of Pitt's government, informs her of a scandal lurking in her past. Charlotte escapes by joining a troupe of strolling players, while James feels obliged to protect her from the unsavoury characters who have an eye on her wealth.


The hard working writer has a steep learning curve to tackle, must produce a professional product, possibly without editorial expertise if they are new to the game, and an equally wonderful cover. Even then the competition is fierce, but if done well the rewards are there, albeit modest by comparison with the Sunday Times charts. We can’t all be bestsellers. But we can have fun.

You can find my selection of ebooks here.
Amazon.
Posted by Freda Lightfoot at 09:00

I agree, Freda! Exciting times for writers - and for readers. Readers can quickly sample a story and decide if it's for them, then download it in the blink of an eye.