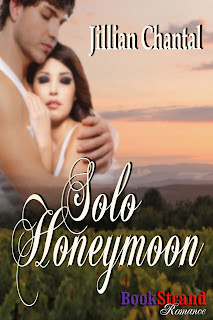 Jillian: Today is release day on my book entitled "Solo Honeymoon"- I'm beyond excited about it and hope that it's a success. I'm a little apprehensive about it since it's my first novel. I've had numerous short stories published under my real name as well as my pen name, but this is the first publication all on my own and not as part of an anthology or a magazine. Here's hoping the reviewers let me keep some of my skin. LOL!

My hero in this story is an Italian count who happens to be a shoe designer in Milan. The heroine is a British woman that's the daughter of a one named folk singer from the 1960s. A folk singer like Donovan. I've always loved his songs.

I've brought my hero with me today to talk about one of the things I do as a matter of routine when I write a book. I'm a pantser, but I usually have a vague notion of a story before I start writing. I usually get the hero in my head first, then I pull some songs that have something to do with where I think the story is going. Once I make a soundtrack, I listen to it (immerse myself) and then start to write. I'm usually amazed that some random song or two that came to me without a plan, ends up being integral to the plot. But, I'm nattering on too much, here's Dario De Luca, the hero of "Solo Honeymoon," to tell you about the soundtrack for this book.

DARIO: Ciao, Bella. Grazie. I'm happy to be here to talk about this music with you. Some of these songs are dear to me, some of them, not so much. I think some of them must apply to Emma, not me.

Soundtrack: Gloria Gaynor: I Will Survive; Dean Martin: Mambo Italiano and That's Amore; Bonnie Tyler: Holding Out For a Hero; Weather Girls: It's Raining Men; Arsenium: Love Me, Love Me; INXS: Need You Tonight; Pink: Oh My God; Texas: In Demand; Aerosmith: I Don't Want to Miss a Thing; Secondhand Serenade: It's Not Over.

Dario: I will claim Mambo Italiano as mine- I'm a ballroom dancer and I love the Mambo. That's Amore, of course, as a Latin lover, that's my song, too. Need You Tonight; Love me, Love me; Don't Want to Miss a Thing and It's Not Over fits my part of the story as well. These other songs, Paisano, are girly songs and I claim no interest in them. I cannot make a comment on them. What's this raining men thing about? Must be some English phenomenon. I'm not familiar with the term. I just hope I'm inside when it happens.

Jillian: Thanks for helping me celebrate the release of this book today, Dario. I, too, hope you're inside when the downpour of men happens. Could be dangerous.
This book can be ordered here: http://www.bookstrand.com/solo-honeymoon - I can be reached here: JillianChantal@gmail.com and http://Jillianchantal.wordpress.com

How fun, Jillian! Thanks for sharing some of your musical inspirations ;)

Thanks flchen1- glad you thought it was fun!

Congratulations, Jillian! Wishing you many sales with your SOLO HONEYMOON!

Hi Jillian - I love your idea of making a soundtrack of songs which fit your story. Interesting idea!
Best of luck with your book!