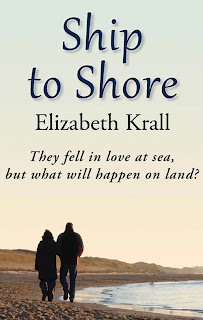 Storms at sea. Heartbreak on land.

Sally meets Dermid on a tall ship sailing across the Atlantic and is drawn to him, despite what she considers to be his unfortunate passion for bagpipes. However, their tentative romance ends because of something Sally does. She feels guilty and he feels betrayed, and they part in hurt, angry silence.

Despite what happened on the ship, Sally can’t forget Dermid, although when she takes a job on a Scottish island she claims that the fact he lives on a nearby island has nothing to do with it. Not a thing.

On the Isle of Lewis, city girl Sally runs head-on into small-town Scotland, complete with inquisitive neighbours and more things tartan than she had ever imagined existed.

When her job ends, Sally must choose between building a life with Dermid or returning to her carefree, wandering ways. Someone from Dermid’s past sparks a crisis that sends Sally fleeing back to London -- and may tear them apart forever.

And could she ever learn to love the bagpipes?

Set against the tempestuous North Atlantic and the windswept beauty of the Hebrides, ‘Ship to Shore’ is a story of two people who must learn to trust their feelings, and to trust each other.

Buy at Amazon UK or Amazon US

Saturday, thought Sally with sleepy pleasure. No need to force herself out of bed. She snuggled deeper under the thick down duvet and slowly opened her eyes. Browns, russets, golds swam in an unfocused haze.
Sally blinked and pulled her head back, saw the duvet cover, and realised she was in Dermid’s bed. It wasn’t the first time she’d been in his bed in the week since they had, as Kate so delicately put it, “moved forward”, but it was the first time she had spent the entire night.
He was lying on his side facing her, elbow bent and head propped on hand, and grinning in that infuriating way that morning people did. Light spilled through the enormous window, a shaft of sun making the pale walls dazzle.
Sally promptly squeezed her eyes shut again and pulled the duvet over her head. She heard him chuckle, felt the duvet heave, and then Dermid was under it with her, their noses touching and breath mingling in that dim, confined space.
“I don’t understand how you can sleep so much and yet take so long to actually wake up,” he commented.
She mumbled something.
“Good morning to you, too,” Dermid replied, and kissed her.
Well, thought Sally as she fought the tangled bedding to put an arm around him, this certainly beats an alarm clock.
The lack of air finally compelled them to fling back the cover, by which time Sally was definitely awake. It was nowhere near as bright as she’d thought, for rather than the blazing light she had imagined there was only a poor watery sun fighting a losing battle with the clouds. But, the view of moor and river estuary and bay was glorious nonetheless.
“That really is incredible,” she said in appreciation.
Dermid looked modest. “Thank you.”
“You big-headed … !” Sally exclaimed. “I meant the view, not your peculiar idea of a wake-up call.” Then she ran a finger down his arm, and smiled. “Although that wasn’t bad, either.”
He glanced at her, eyes full of humour. “I’m glad you appreciated all my efforts, if nothing else.”
She leaned over and kissed him briefly, then slid from the bed. “Back in a second.”
When she returned, she paused outside the door, just to watch him. Dermid was gazing absently out the window, a far-away look in his eyes and a slight smile on his lips. She smiled in response, and marvelled. If anyone had suggested, on that awful last morning in , that one day she would wake up in Dermid’s bed, she would have reacted with scorn and disbelief.
She must have made a sound, for he turned her way. She saw his gaze travel slowly over her naked body, from her bed-mussed hair to the chipped red polish on her toenails. At that moment, Sally wished fervently that she could make herself go to the gym more often, or could stick to a diet for longer than three days. But when she dared to glance at Dermid’s face as he looked at her, she realised, with some wonder, that he didn’t seem to care about any of that.
“Come back here, you,” he said softly, and held out his hand to her.
She stacked the pillows, then scooted into the crook of his waiting arm and cuddled against him. Then reached down and pulled up the duvet so far that his feet stuck out the other end, and he laughed.
“I was thinking, all that time I was lying here waiting for you to wake up,” he said. “Would you like to come to Uist next weekend?”
Sally turned her head to look at him, distinctly wary. “And just what jobs do you need doing that you’ve got lined up for me particularly?”
“What do you mean?” He looked puzzled.
“Mark: fence posts. Mary: painting furniture,” she said, ticking them off on her fingers. “I’m certainly stronger than Mary, at least as strong as Mark, so what is it? Does the roof need re-thatching? Any fields ploughing? Sheep shearing?”
Dermid frowned in concentration. “Well, yes, now you mention it, there is something,” he said slowly.
She crossed her arms. “I knew it. What?”
“My bed needs warming,” he said gravely. “A very important task. Do you think you’re right for the job?”
“Oooh, I don’t know. I’d hate to mess that up,” she laughed. “Is it just warming? Or are there other components to the job description?”
“Definitely other,” he assured her. “But you’ve already convinced me about those. It’s just the warming component that worries me. With the cold toes, and all.”
Sally winked at him. “I’ll wear socks.”

Posted by Lindsay Townsend at 19:55

I love the banter in this excerpt! You've definitely made me want to find out more about these two, Elizabeth!