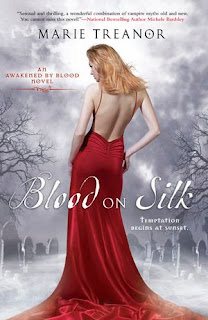 One of the most beautiful things about romance is when it blossoms in quite unexpected situations – like when friends suddenly discover there is more to their relationship than they’d thought; or when people who would normally never encounter each other are thrown together by circumstance and discover mutual passion.
Romantic fiction plays on this wonderfully, and when it comes to paranormal romance, well, I’ve come across some very unlikely lovers! And yet their romance can be all the more poignant because of that. I like improbable romances in my own writing – for me it adds edge and depth.

Take this situation: a vengeful and extremely powerful vampire is accidentally awakened by an academic who doesn’t believe in vampires. Forced to believe, she realizes she has to help kill him for the sake of humanity. Worse, she has to kill him before he kills her, because he needs the blood of his awakener to reach his full strength – which he requires in order to achieve his goal of world domination.

This is the premise of my vampire romance trilogy, Awakened by Blood, and in particular of the first book Blood on Silk. It sets the scene for a straightforward battle, you might think - except for the overwhelming attraction between the main characters. As they try to trap each other, each using the sexual attraction they know the other feels, they are both intent on murder, although only the vampire truly means to make love before he kills.

It’s a wickedly sensual situation, but hardly romantic… Or is it? As I said, romance can blossom in very unexpected situations, and people can fall in love without meaning to. Is this what’s happening to my heroine, Elizabeth Silk, in this scene? The Ancient vampire Saloman has finally kidnapped her and taken her to his palace to complete the kill in comfort…


BLOOD ON SILK: An AWAKENED BY BLOOD Novel
By Marie Treanor


Scottish academic Elizabeth Silk is spending the summer in Romania researching historical superstitions for her PhD. While she is tracing local folktales, one subject in particular sparks her imagination. His name is Saloman, legend's most powerful vampire, a seductive prince staked centuries ago. Now, in the ruins of a castle crypt, Elizabeth discovers the legends are real. Her blood has awakened him. Her innocence has aroused him. But Elizabeth unleashes more than Saloman's hunger.

An army of vampire hunters has amassed to send Saloman back to hell. Sworn to help - yet fearing Saloman's deadly blood lust - Elizabeth seeks to entrap him, offering her body as bait. But something stronger than dread, more powerful than revenge, is uniting Elizabeth to her prey. Caught between desire and rage, Elizabeth must decide where her loyalties lie...and what the limits are to a yearning she can no longer control.


As he spoke of his people—the Ancients—all of whom were now gone, she caught a glimpse, dark and unbearable, of a loneliness well beyond anything she’d ever known, even in her worst moments. It hurled her into speech. “They say you’re insane.”


His lips quirked again. “Who do? The vampire hunters?”

“There are documents,” she said defensively.


“Of course there are. Written by whom?”


By those who were left when he’d “died.”


As if he read the dawning comprehension in her eyes, he smiled. “There’s a lot of truth in your thesis, Elizabeth Silk. Many things are said and claimed to justify acts that are otherwise unjustifiable.”


He leaned forward to set down her glass. “They say you killed the only other Ancient still in existence. Over a woman.”


“Tsigana.” He watched her as he spoke the name. But she could see no trace of emotion.


“Perhaps. Oh, I killed him. Perhaps it was insanity—certainly I can’t justify it. And some of it was about Tsigana.”


Elizabeth took a deep breath, but she had nothing to lose. “Is that why she betrayed you?”


His lips twisted. “No. She betrayed me because I wouldn’t give her what she sought—eternal life.”


“She wanted you to make her a vampire?”


“She loved power, poor Tsigana. It was what drew her to me. But when you can see power without touching it, it’s no longer enough. She wanted more. I refused it, and Maximilian promised it. The rest was inevitable. Although it must be said the last laugh is mine. Maximilian never gave her the promised gift. She died a very old woman, I understand.”


It might have given him satisfaction. It was hard to tell. He was gazing into his wine, the half smile not fading on his full, sensual lips.


“Didn’t you know?” Elizabeth blurted. “Didn’t you suspect they were betraying you?”


“I should have,” he agreed. “I knew them both—knew them all—well enough. I suppose it must have been the insanity you spoke of.” He lifted the glass to his lips and drank, as if that would hide the old, ugly wounds. But the softness of tragedy stayed in his black, not-so-expressionless eyes.


The knowledge rushed on her like a revelation, peculiarly devastating. Not insanity. Just simple love. 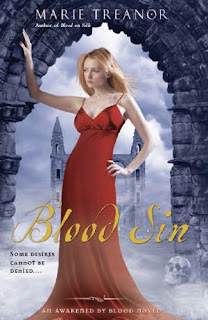 He lowered the glass and caught her staring. He laughed. “What’s the matter? You think me incapable of love because I’m evil?”


“Incapable of love? Come here and I’ll show you.”


“Like beauty, it’s in the eye of the beholder.”


It was so easy to drown in his eyes, in his darkness. To lose the fraying thread that bound her to reality—just.

“You really want to rule the world? Like some insane megalomaniac from an old B movie?”


The gleam was back in his eyes—mockery or lust. Or both. “It’s a long-term goal. Just now, all I want is to make love to you.”


Her stomach lurched downward. “Oh no. I know what comes after that.”


“It’s a long time until sunrise.”


Face it, Silk. It’s not the dying you want. It’s the loving.


Reaching out, he stroked her hair, brushing the tousled locks behind her bare shoulder. She might have been mistaken, but she imagined his hand shook. His touch on her skin was soft, sensual, unbearably tender. His compelling eyes burned.


Her breath caught. The game wasn’t over. She had one last throw, if she dared to take it.


She leaned into him and lifted her face closer to his. He inhaled her, not smiling now, but savoring. His lips parted, but still they didn’t take hers. His only contact was the hand lying still and heavy on her shoulder.


Her heart pounded at the enormity of what she was about to do. She closed her eyes, gathering courage and strength, and brushed her lips across his. When they moved in instant response, she flicked her tongue along his upper lip, from corner to corner, then snaked inside his mouth, and fastened her whole mouth to his.

BLOOD ON SILK: An AWAKENED BY BLOOD Novel by Marie Treanor is published by

NAL Signet Eclipse, and is available from Amazon; Barnes & Noble.

BLOOD SIN, the second AWAKENED BY BLOOD novel will be released on 5th April 2011, and is available now for pre-order.

Watch out for the third book, BLOOD ETERNAL, coming October 2011.

Marie Treanor lives in Scotland with her eccentric husband and three much-too-smart children. Having grown bored with city life, she resides these days in a picturesque village by the sea where she is lucky enough to enjoy herself avoiding housework and writing sensual stories of paranormal romance and fantasy.

You can find out more about Marie and her books on her website: http://www.marietreanor.com/.