The Black Market in Wartime Britain

The black market became very much a part of wartime life. With rationing, and rising prices, it held a certain appeal. This was even the case by the end of the war when people were sick of austerity and shortages. ‘Wide boys’, ‘Spivs’, or ‘Wheelers and Dealers’, as they were known, were very clever at flaunting authority and ignored the fact what they were involved in was illegal. They were making money, so why would they not be prepared to take the risk? These fellows had a certain style about them, often quite flashily dressed in a wide-lapelled suit and brightly coloured tie, sporting a trilby hat tilted rakishly over his forehead. 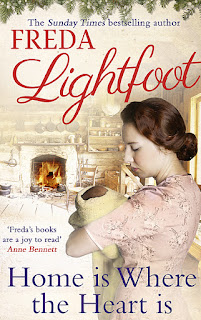 Surplus goods would fall into their hands out of clever conniving and trickery, which they’d sell on at a price. One of the characters in this book: Home is Where the Heart Is gets involved. On one occasion he arranges for a driver to leave his cab door open so that he can help himself to some goods left on the passenger seat. Did he get away with it? You’ll have to read the book to find out more.

Shopkeepers would hide stuff under the counter for registered customers who were special to them. Salmon and peaches were often supplied in that way. Where they got these products from was never asked about. This was considered to be a good way of holding on to their best customers.

Black market goods were often more expensive, although their quality not always reliable. As well as food these might include petrol, spare parts for a car, cigarettes and alcohol. Cosmetics, perfume and nylons were also hard to come by during the war, even though women were encouraged to look their best for purposes of morale. This created sales of the kind of cosmetics that were not necessarily safe.

The Ministry of Food would investigate any complaints brought by the public of those suspected of being black marketers. They could be fined, or even imprisoned. But more often than not they got away with it because people would avoid informing the authorities. The believed it was not their concern and they’d lose out if the black market disappeared. The government fought something of a losing battle with those involved in the black market, despite employing hundreds of inspectors to enforce the law.

1945: Christmas is approaching and Cathie Morgan is awaiting the return of her beloved fiancé, Alexander Ramsay. But she has a secret that she’s anxious to share with him. One that could change everything between them. Her sister has died and she wants to adopt her son. When the truth is finally revealed, Alex immediately calls off the wedding, claiming that the baby is actually Cathie’s, causing all of Cathie’s fears to be realised. As Cathie battles to reassure Alex of her fidelity, she must also juggle the care of the baby and their home. But then Alex crosses the line with a deceit that is unforgivable, leaving Cathie to muster the courage to forge a life for her and her nephew alone. Will Cathie ever be able to trust another man again and as peace begins to settle will she ever be able to call a house a home…

Available in most good book shops and on line: