Coming to an eReader Near You...


I'm delighted to announce that Smut by the Sea Volume 2, edited by myself and Victoria Blisse, is coming very soon! Here's the blurb and an excerpt: 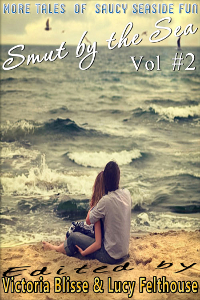 
Brigit loved the seaside. She always had, probably because visiting it was a rarity. Living in the centre of England meant that even the nearest seaside town was over an hour and a half away—and the nice resorts even further.

They walked hand-in-hand towards the seafront, then along it in the direction of the pier. They passed the burnt out shell of the West Pier, and Brigit wondered aloud whether it would ever be rebuilt or demolished. Or would the blackened skeleton be left there forevermore, a reminder of what once was.

Soon, they drew close to Brighton Pier. Brigit turned to Allen with a grin.

While we're awaiting publication, you can add the book to your Goodreads shelves here: http://www.goodreads.com/book/show/17609738-smut-by-the-sea-volume-2

Beautiful cover, Lucy! I wish you much success with your latest story collection.