Here are some of the most popular: Vengeance - Pursuit - Misfortune - Revolt -Enterprise - Abduction - Enigma - Greed - Enmity - Rivalry - Adultery -Madness - Imprudence - Sacrifice - Dishonour - Jealousy - Loss - Remorse, and many others. Perhaps one of the most popular is female oppression.

The desire for power, male domination, violence and control, and captive women, have been recurring themes from Jane Eyre to the present day. Drabble, Byatt, and Jean Rhys in her retelling of Jane Eyre in Wide Sargossa Sea have all used this theme. As have countless gothic and romantic suspense novels. Is this because women fear reliving the fates of their mothers?

Women’s oppression across history has been written constantly, evenabout during the 60s, in an age of strong feminism.

‘Happy women, like happy countries, they say, have no histories,’ says Harriet in Victoria Holt’s Menfreya in the Morning. 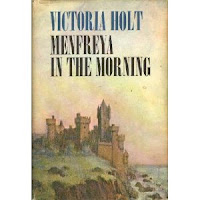 Eleanor Hibbert, in her different incarnations, as Jean Plaidy, Holt, and Philippa Carr used this theme constantly. Her Plaidy novels were written in the 3rd person, which gave them a rounder, more objective viewpoint. Her others were in 1st and therefore more personal and emotional.

Gregory too writes about the lot of women. About primogeniture and how women are ignored. Even her biographical fiction is about exploited women, forced to marry for political reasons, or used by their political ambitious fathers. Her early novels also deal with the theme of exploitation in other ways, such as the agricultural peasant after the enclosures. Writing these novels in the 1980s, during the time of the miners' strikes, this would strike a chord with readers, as it tuned in with the radical political consciousness of the time. 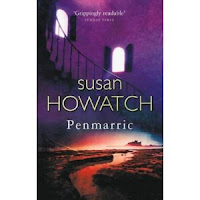 As with Gregory, so with Susan Howatch, who wrote about wealth and inheritance, stating that women were considered a possession as was a house or land. But she plunders history for her stories: Henry II and Eleanor of Aquitaine for Penmarrick, and Edward I, II and III for Cashelmara. She is saying that nothing changes. She used history itself as her inspiration, disguised and relocated while echoing the universal truth of her theme of exploitation of women in dysfunctional families. Both Howatch and Gregory teach us that history does not exist in a vacuum, that nothing really changes about human nature, despite progress in other fields.

Perhaps it is easier for us to view these problems through the prism of nostalgia. Class/sexual inequalities/social differences/violent abuse/illegitimacy and other strong themes, are often best viewed at a distance. They work because they don’t have to be defended, criticised or judged. People like to think - ah yes, that’s how it was back then. They are aware the issue still has a resonance today, yet it is easier to consider it with the benefit of hindsight. Its awfulness is often stressed quite strongly, yet as it is safely in the past, this allows in a slight air of unreality or fantasy in the way the subject is depicted.

In the 1970s the theme of exploited women was turned on its head and the liberation of women became a popular theme in racy historicals. Known as bodice rippers these started with Kathleen Woodiwise: The Flame and the Flower. Rosemary Rogers: Sweet Savage Love. They depicted accurate sex in inaccurate history. History was pure fantasy, a mere backdrop. Women were still incarcerated, degraded, violated, and yet they maintained their sense of adventure and spirit of defiance and independence. The strength of the abused woman resonated with all, giving women the right to enjoy sex, and to exploit men just as they had exploited women throughout history. Ultimately they tamed the hero. They conquered evil with love, a theme which was picked up by Mills & Boon at the time, and has featured strongly in romantic fiction ever since.

Thoughtful and thought-provking piece, Freda.
I have found that women tend to be the 'equal' of men until they become mums. It's mums who tend to get left holding the baby.

Great overview of the genre and how contemporary lens can color the historical subject matter. These matters are always on my mind when writing historical regency romance.

Great overview. It's true that historical novels and historical romances change to reflect the readers' time and place. Apparently tastes vary around the world now, so that Eastern European readers favor the dominant heroes and Japan and some other Asian countries like romances set within strict social structures, such as Regency.

I don't think we should encourage the use of the derogatory term "bodice ripper" however, because it can make readers uncomfortable about their reading choices.

"Historical romance" works for a genre that's alive and well, and which has a range of sexuality and historical accuracy.